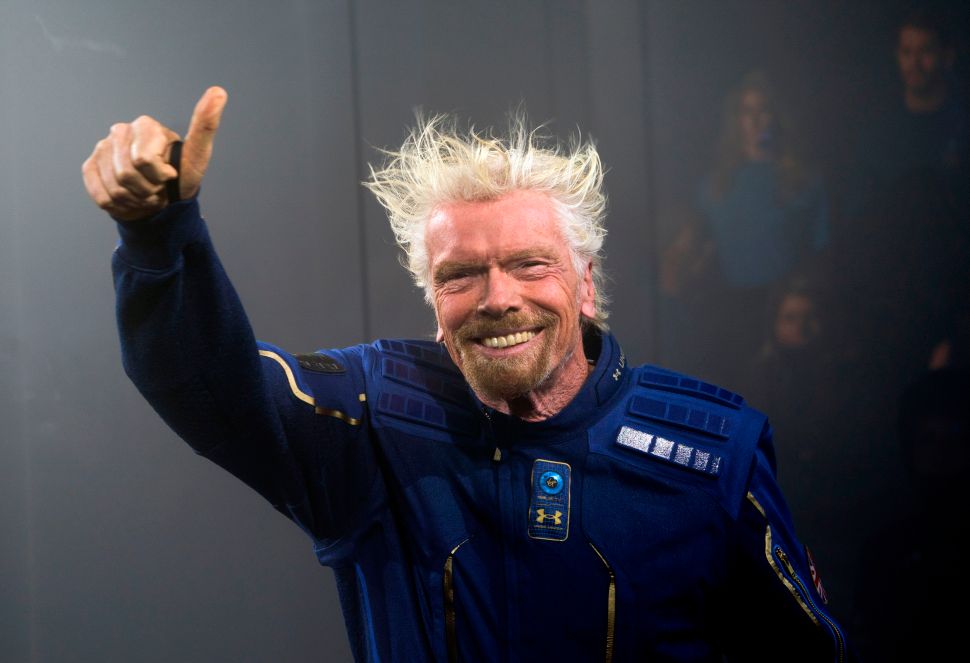 Billionaire Richard Branson shot off to space in his own ship this weekend before Amazon honcho Jeff Bezos could make it up there. Making the goal of space tourism seems a lot closer to reality than it would seem, the 71-year-old made a quick trip to an altitude of 53.5 miles over the New Mexico desert and then glided back home to a runway landing.

Branson and his five crewmates from his Virgin Galactic space-tourism company floated within the spaceship for a bit, before coming back down towards their designated landing, all of which lasted for about 15 minutes. Virgin Galactic plans to start taking paying customers on joyrides next year.

With this feat, Branson became the first person to blast off in his own spaceship, beating Bezos, the richest person on the planet, by nine days. Furthermore, he also became the second person on the globe to travel to space in their 70’s.

“The whole thing, it was just magical,” said Branson on his return from the spaceship named Unity. Sending his wishes, Bezos added in a Tweet that he “Can’t wait to join the club!”

As it stands, Virgin Galactic already has more than 600 reservations from would-be space tourists, with tickets initially costing $250,000 apiece.