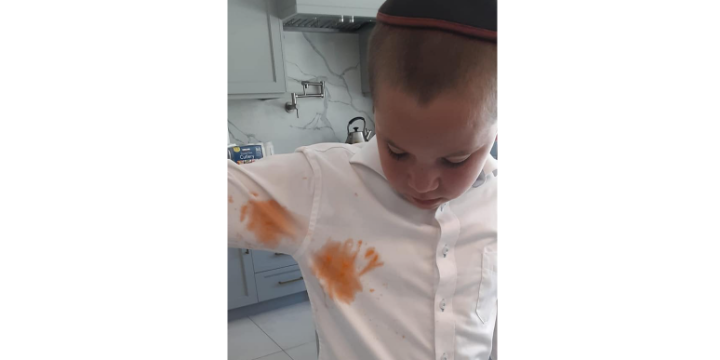 Failing to leave young children out of their hateful sentiments, an unidentified group of miscreants fired paintball shots at two young Jewish siblings who were returning from Shabbos services at a local synagogue in Los Angeles. Their crime? Wearing a Yarmalka and ritual tzitzis.

As reported by The Algemeiner, the siblings’ father aged 11 and 13- Mr. Yanky Munitz claimed that his sons were walking with their mother to their cousins’ home in the city’s Hancock Park area on Saturday, when a paintball fired from a black Honda struck the younger boy in the chest.

“It could have been a lot worse,” said Munitz on Tuesday, who also added that his sons were outwardly wearing kippot and ritual tzitzit, which might have brought out the attack. Munitz stressed upon the fact that he didn’t want his sins to cower or be scared, saying, “By being scared to go out or being scared to wear your yarmulke or anything like that, you’re allowing them to win. That’s what they want — you’re doing their job for them. You be proud of being Jewish, and you display it properly, and you just have to be vigilant.”

As it stands, Munitz immediately filed a police report after the incident and had spoken with a Los Angeles Police Department detective. An LAPD spokesperson told The Algemeiner on Tuesday that the investigation was still ongoing, with no arrests made.