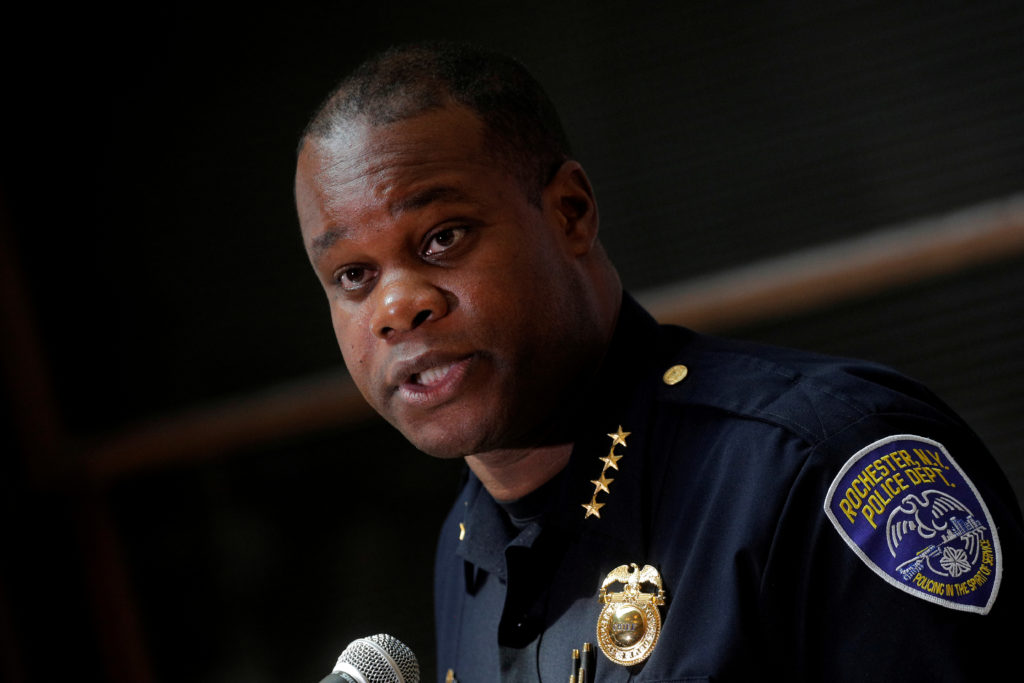 Lovely Warren, the mayor of Rochester, N.Y., fired Police Chief La’Ron Singletary, in an abrupt address on Monday evening, two weeks before the officer was set to retire on a voluntary basis.

Following the brutal police encounter of Daniel Prude earlier this year, a video released by Prude’s family went on to show 7 officers who suffocated the man wearing nothing but a spit hood. Losing his life a few days after the incident, several protests demanded action against the law enforcement officials who were involved.

Speaking to the media on Monday, the Mayor said a preliminary investigation into Mr. Prude’s death “has shown what so many have suspected, that we have a pervasive problem in the Rochester Police Department.” Enraged by the behavior of the Department, Warren said that the Police “views everything through the eyes of the badge.” She further called for a federal civil rights investigation into the man’s death and other arrests going back three years.

In the same briefing, she went on to announce that Corporation counsel Tim Curtin and communications director Justin Roj were each suspended for 30 days without pay.

Deputy Chief Mark Simmons was named the acting chief for the next 30 days, according to city spokeswoman Jessica Alaimo. The decisions followed a “cursory management review of the city’s role in the death of Daniel Prude and subsequent actions,” according to a news release posted Monday on the city website.

Last week, Prude’s sister filed suit in federal court against Singletary, 13 other officers, and the upstate New York city, alleging a department cover-up of the death. Prude was suffering an “acute manic, psychotic episode” at the time of the arrest, according to the lawsuit. Neither the chief nor the city responded to requests for comment about the litigation.

New York Attorney General Letitia James has said she will investigate Prude’s death and take the case to a grand jury.