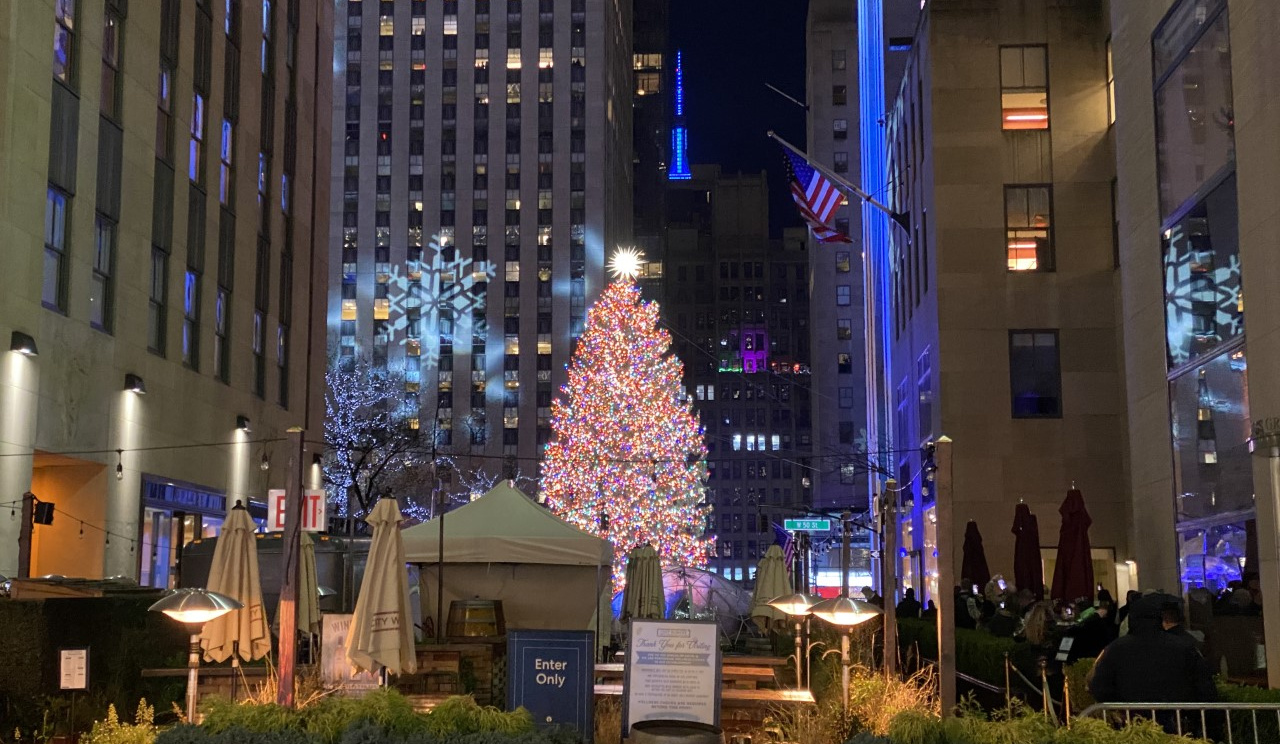 Rockefeller Tree Lights Up, But With Very Few Spectators

A star tree that usually sees a sea of merry revelers each year, the Rockefeller Tree, which was lit up yesterday at 9:45 PM, was welcomed with what seemed like a no-show, due to the coronavirus restrictions.

Yet another tradition took a hit due to the rising coronavirus infection rates in the city, as the Rockefeller Center Christmas tree lighting on Wednesday gathered only a sparse population of spectators. The massive event was alas, only reduced to a small affair with no festive cheer to look forward to.

Right from around 3:30 PM in the afternoon, authorities began cordoning off the space, and when a few spectators arrived at 6:30, they were made to stand behind metal barricades that were placed far, far away from the tree, near Saks Fifth Avenue.

Reminiscing old times, many New Yorkers were upset about how things were going and suggested that the authorities could have done a much better job at handling things. Earlier this week, NYC officials as well as Mayor Bill de Blasio had clearly stated that the in-person lighting would be off-limits for everyone and that people would have to watch the televised events.

Mayor de Blasio also pleaded that even after the lighting, “if you choose to go in person, there’s going to be a lot of specific rules in place to make it much safer than would normally be the case in a typical year. There will be a reservation system, groups of no more than four at a time will be able to go up and view the tree. It’s a timed, socially distanced approach.”

Those who want to catch a glimpse of the tree, starting today, are required to wear masks, and social-distancing of six feet will be enforced, according to the lengthy directive issued Tuesday by City Hall amid a spike in coronavirus cases. Through a virtual queuing system, visitors can scan a QR code on their smartphones to receive an estimated wait time and a text message when their appointment is up.

Visitors will then be directed to a designated, socially distanced “pod” from where the tree can be viewed. But if you’re part of a group of more than four, parties of five-plus people will be divided across multiple pods to limit crowding. After all these regulations, visitors will be permitted five minutes’ worth of viewing only.