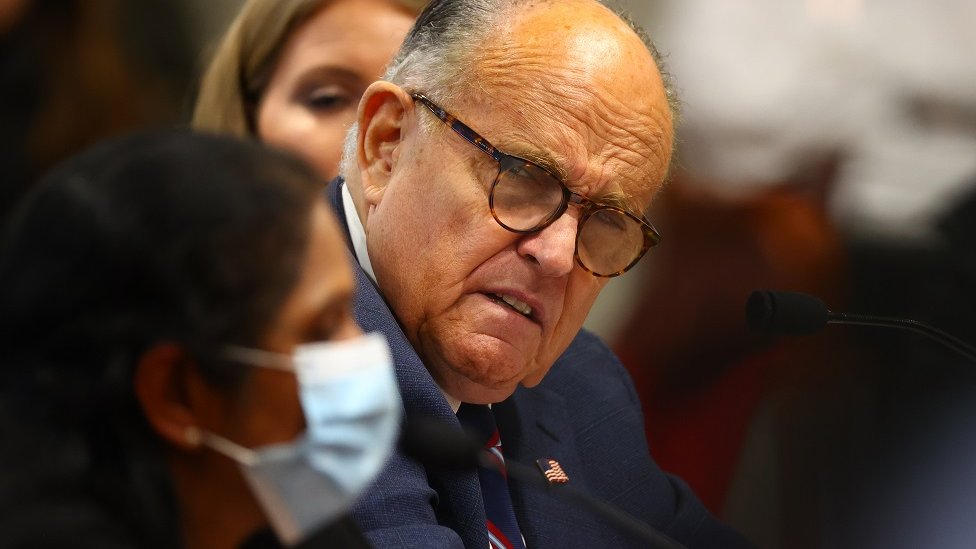 On Sunday night, former Big Apple Mayor and President Trump’s top lawyer Rudy Giuliani tweeted from the Georgetown University Medical Center in Washington DC, saying that he was “feeling good”. Giuliani had tested positive for the coronavirus on Sunday, and President Trump had taken to Twitter instantaneously to inform citizens of the same, whilst wishing his top aide a speedy recovery.

“I’m getting great care and feeling good. Recovering quickly and keeping up with everything. Thank you to all my friends and followers for all the prayers and kind wishes.” tweeted Giuliani, who is suspected to have contracted the infection during one of his several visits to numerous states including Pennsylvania, Michigan, and Arizona, in order to further the message that the 2020 election was won by fraud.

On Sunday afternoon, President Trump tweeted, “@RudyGiuliani, by far the greatest mayor in the history of NYC, and who has been working tirelessly exposing the most corrupt election (by far!) in the history of the USA, has tested positive for the China Virus. Get better soon Rudy, we will carry on!!!”

Earlier on Sunday, Giuliani appeared on Fox News’ “Sunday Morning Futures” where he updated host Maria Bartiromo on the efforts to have state legislatures toss election results and appoint a new set of electors. It’s unclear if he is experiencing any symptoms or plans to quarantine.

In response to the attorney testing positive for the virus, the Arizona state legislature will be closed this week as a precaution since Guiliani has recently testified before GOP lawmakers there. Senate and House staffers were ordered to work remotely beginning Monday “out of an abundance of caution.” According to local media reports, Guiliani led the 10-hour-long meeting without a mask and flouted social distancing guidelines as he later posed for photos. Giuliani also met privately with some GOP lawmakers and members of the legislative leadership a day after the hearing.

The Trump campaign put out a statement saying Giuliani “tested negative twice immediately preceding his trips to Arizona, Michigan and Georgia” last week. The statement read, “The mayor did not experience any symptoms or test positive for COVID-19 until more than 48 hours after his return. No legislators in any of those three states, or members of the press, were deemed to have been in close contact with Giuliani.”