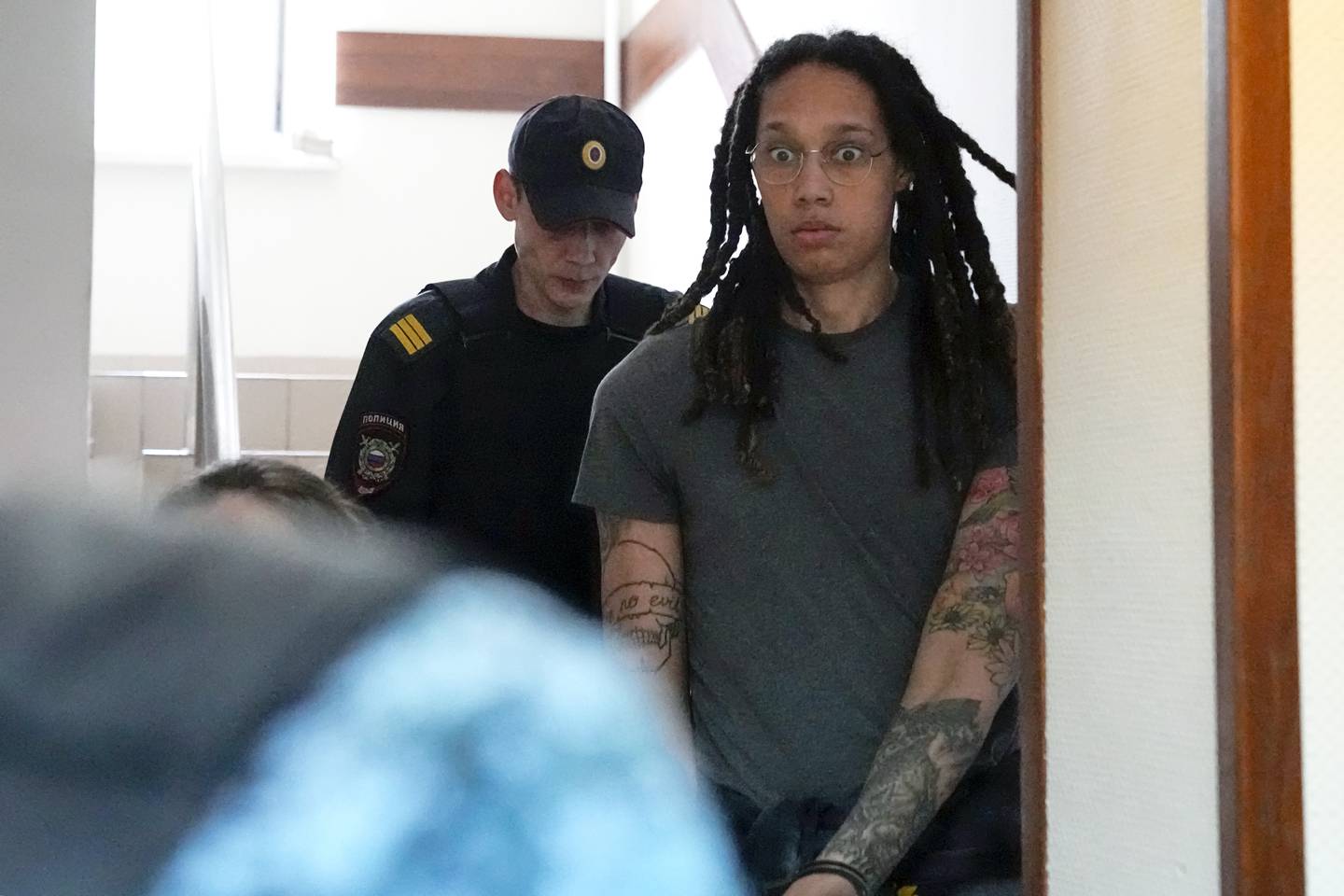 On Monday, a Russian court revealed that the criminal trial of detained WNBA star Brittney Griner would begin on Friday.

Griner personally heard the order on the same day.

The court also added six months to her detention on the same day.

Griner. 6’9 was arrested at a Moscow airport after hashish oil was allegedly discovered inside her luggage.

The arrest occurred days before Russia invaded Ukraine, exacerbating the strained relationship between the U.S. and Russia.

According to reports, a conviction for large-scale drug transportation could result in a 10-year prison sentence for Griner.

The Biden administration has said Griner, 31, is being “wrongfully detained.”

Griner, from Houston, was the first overall pick in the 2013 WNBA Draft after a standout college basketball career with Baylor.

She is an eight-time WNBA All-Star, including this season when she was named an honorary starter amid her detainment, and has averaged 17.7 points, 7.6 rebounds, and 2.2 blocks per game in her career.

She has played her entire WNBA career with the Mercury, winning a championship with the team in 2014 and two Olympic gold medals with Team U.S.A.