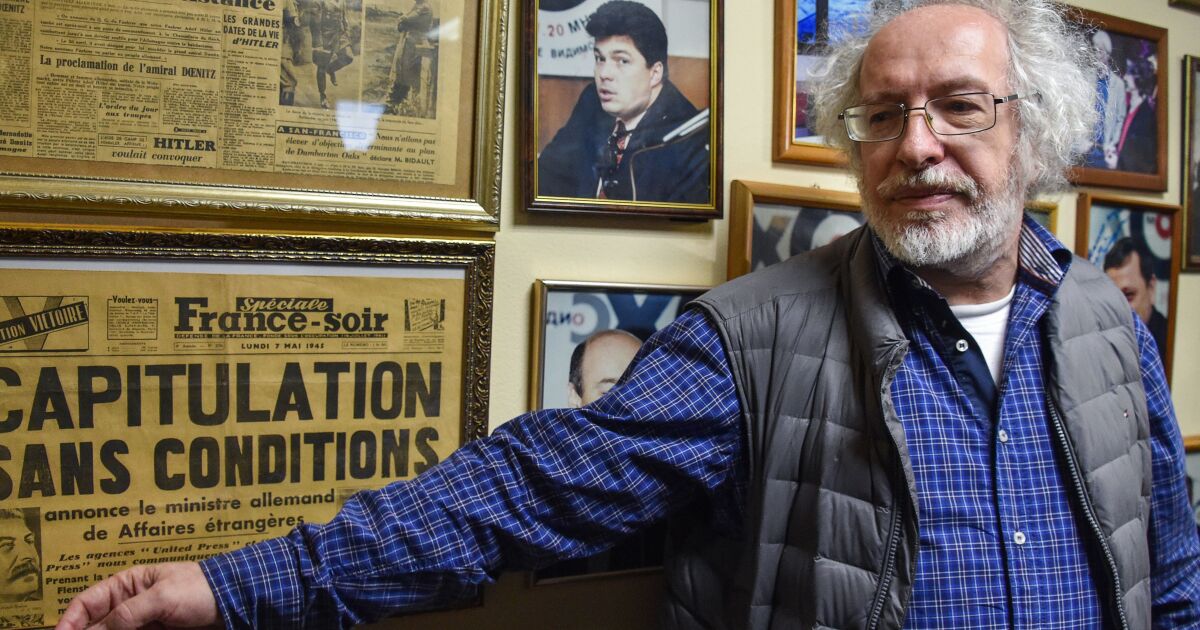 Amidst the Ukraine-Russian conflict, a Russian-Jewish journalist Alexei Venediktov who was fined for speaking in Ukrainian on a radio show was targetted with a very personal, antisemitic attack this past week.

According to credible news reports, Venediktov found a pig’s head on his doorstep and an antisemitic slogan posted on his door. Vandals wrote the German word “Judensau” on top of a gold trident symbol, a state symbol of Ukraine, on a poster put on the door to Venediktov’s Moscow apartment.

The Judensau is a Christian folk image dating back to the Middle Ages that depicts Jews sucking on the teats or peering into the anus of a pig. There are assumed to be about 40 Judensaus in Germany, the oldest from the 13th century, and historians there are split over whether to take them down or leave them up on buildings as educational objects.

In response to this horrific incident, Venediktov wrote: “The country that defeated fascism. Why not a Star of David on the door of my apartment?” He added: “They decided to intimidate me and my family.”

Venediktov is the former editor of The Echo of Moscow, one of Russia’s last independent radio stations, which was shut down by Russian authorities on March 1. Prosecutors claimed it disseminated “deliberately false information regarding the actions of Russian military personnel.”