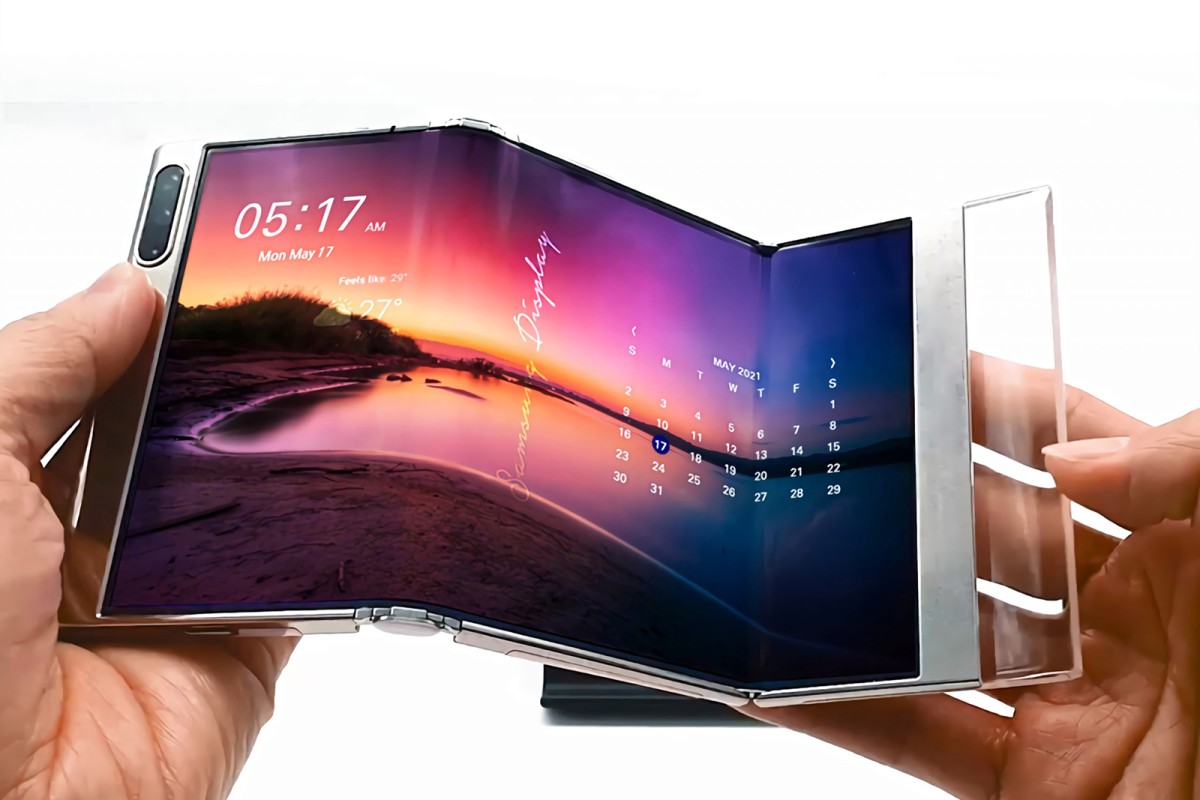 Samsung Display sneakily showed off new concepts for folding and sliding screens, as reported by SamMobile, who witnessed these impressive showcases during a virtual Display Week exhibition. Samsung Display is a division of Samsung Electronics, and it produces OLED panels for use by Samsung and other consumer tech manufacturers.

According to the tech enthusiast, Samsung Display featured a “multi-foldable” mobile display and a large tablet with a 17-inch folding screen, which provides the screen real estate worthy of a tablet in the 4:3 aspect ratio when unfolded.

The mobile featured a panel that can be part of an in-folding or out-folding device. When folded twice, the device can be used as a smartphone and when it’s unfolded, it reaches a maximum size of 7.2-inches.

There was also a more traditional-looking laptop display; it doesn’t fold or flex, but it does include an under-display camera. The front camera is mounted under the panel to allow for a truly edge-to-edge panel.