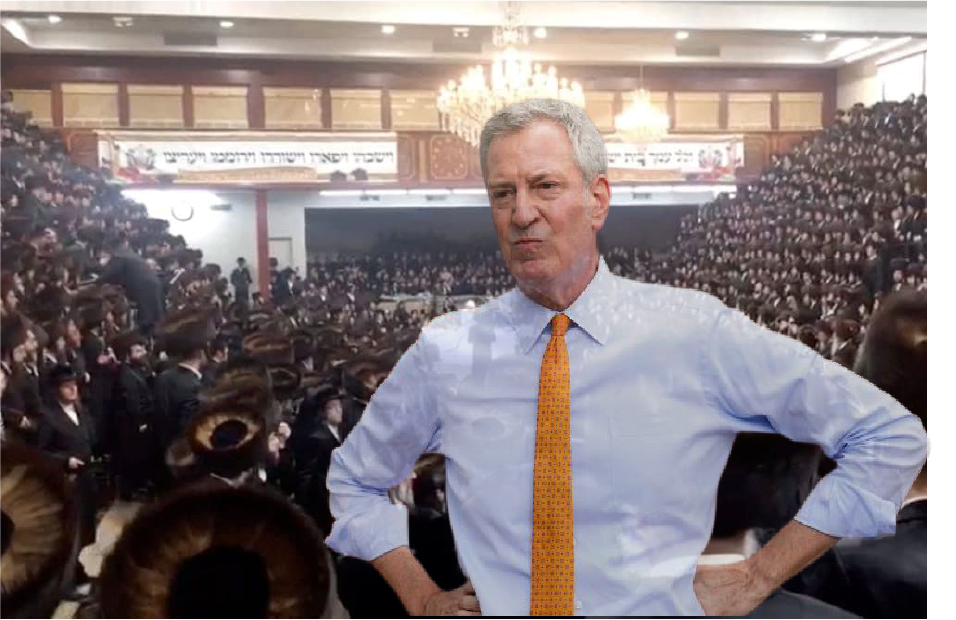 In a massive blow to the Orthodox community residing in New York, the city authorities have slapped the Yetev Lev synagogue in Brooklyn for hosting a massive wedding amidst strict social distancing and masking mandates in the state.
Shunned for flouting rules on Sunday, Mayor Bill de Blasio announced on Monday night that the Brooklyn Synagogue that hosted a 7000 plus attendee wedding earlier this month, would be fined $15000 for ignoring and possibly violating the city’s guidelines that were put in place to combat the rising coronavirus infection rates. Meanwhile, the city’s health department also sent the congregation, Yetev Lev D’Satmar in Williamsburg, a written warning about future indoor gatherings.

Speaking to New York 1’s Errol Louis on Monday night, de Blasio said of the wedding, “That’s just not acceptable, I mean, we’ve been through so much. This was amazingly irresponsible, just unacceptable. There appeared to be a real effort to conceal it which is absolutely unacceptable. There will be a summons for $15,000 immediately for that site and there could be additional consequences quite soon as well.”
These series of events occurred as a video of the November 8th wedding was unearthed by a media house and then carried by the New York Post- showing a massive crowd of revelers who had gathered to celebrate the matrimony of Yoel Teitelbaum, the grandson of Satmar Grand Rabbi Aaron Teitelbaum, with very few to attendees wearing masks.

Meanwhile, Joel Freidman, a board member of the congregation wrote a letter protesting coverage of the wedding in the Yiddish-language newspaper, Der Blatt, which first reported on the gathering. The letter read, “In fact, the event that you covered was not planned. It was a religious ceremony and not a party, where a crowd spontaneously and unexpectedly appeared. Our only fault was to not have anticipated the crowd and been ready to close the doors when the appropriate attendance was reached.” Freidman said the publication “owes the Satmar community … a complete apology.”
This being said, the Jewish community has been time and again, attacked singularly for flouting restrictions, and has now been slapped with a huge fine, which, given the economic downturn of the pandemic is too big a sum to pay.