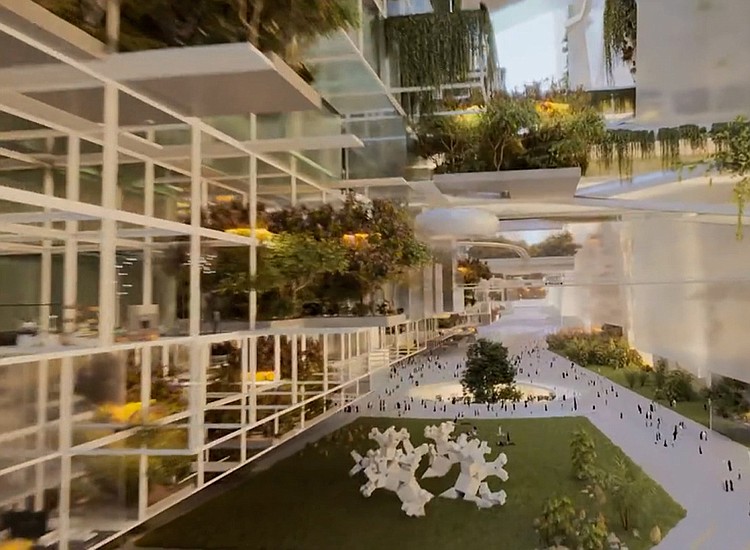 In the unveiling of the designs of a very ambitious plan recently, the Saudis presented a futuristic city called ‘The Line’ for the whole world to see in awe.

Set to be a mirrored, one-building city in the desert that will stretch over 106 miles and ultimately house 9 million people, the proposed futuristic city will be located in the northwest of the Gulf country, near the Red Sea, according to an announcement by the kingdom’s Crown Prince Mohammed bin Salman.

According to a press release, the proposed 200-meter wide building acting as a vertical city, designed to sit 500 meters above sea level will span 13 square miles. Though details are scarce, those behind the design claim The Line will run entirely on renewable energy, with no roads, cars or emissions. High-speed rail will connect sections of The Line, the press release adds.

The metropolis will purportedly be powered by clean energy and run with the aid of artificial intelligence. Robot maids, flying taxis, and a giant artificial moon headline as features of a promised tech paradise.

“The designs … will challenge the traditional flat, horizontal cities and create a model for nature preservation and enhanced human livability. The Line will tackle the challenges facing humanity in urban life today and will shine a light on alternative ways to live,” bin Salman said in the press release.

Part of the Neom project that is backed by $500 billion from the Saudi government and the Saudi Arabian Public Investment Fund (PIF) the ambitious venture has been given an estimated completion date of 2030.