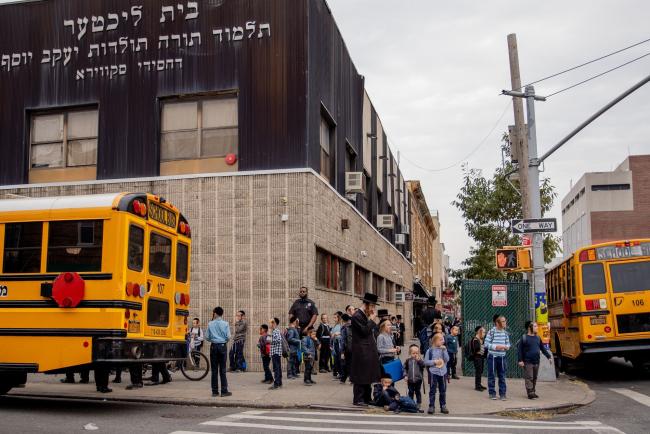 Schools and Businesses to be Shut Across 20 Neighborhoods in Brooklyn

Threatening to shutter non-essential businesses and schools at nine neighborhoods in Brooklyn and Queens for the past two weeks, Mayor Bill de Blasio, on Sunday announced an emergency crackdown, saying that he intended to impose new restrictions in 20 hot spots in Brooklyn and Queens that have been experiencing rising coronavirus rates. Closures will be in effect from Wednesday, 7 October.

Addressing a predominantly Jewish population in all of these areas and referring to the Sukkot holiday, and a month of festivities that had been observed, de Blasio said, “Today, unfortunately, is not a day for celebration. Today is a more difficult day…when presented with new information, we must act. We won’t risk the progress we’ve made.”

An epicenter of the virus just two months back, New York seemed to have just recently stabilized until these neighborhoods saw an uptick in cases. This being said, it is being argued that the Mayor is trying to single-out the Hasidic community from these neighborhoods, by imposing restrictions targetted towards them, and not the other communities residing in these areas. Furthermore, most of the schools set to close are yeshivas in Orthodox Jewish neighborhoods that have been open for weeks.

Reacting to these restrictions and hinting a possible rise in tensions, David Greenfield, who represented Borough Park on the City Council until 2017 and now runs an anti-poverty group, told the New York Times, “I think it’s unfortunate that New York City continues to single out a couple of Hasidic Jewish neighborhoods when there are now 20 neighborhoods with serious spikes.”

Referring to these neighborhoods, de Blasio commented, “There does not have to be a second wave. The fact is that these communities are experiencing a problem.” As stated by him, nine ZIP codes will now be subject to the most severe restrictions, which include portions of Far Rockaway and Kew Gardens in Queens, and Borough Park, Midwood, Gravesend, Bensonhurst, and Sheepshead Bay in Brooklyn. The restrictions would last for two to four weeks, depending on the success of efforts to curb the virus.