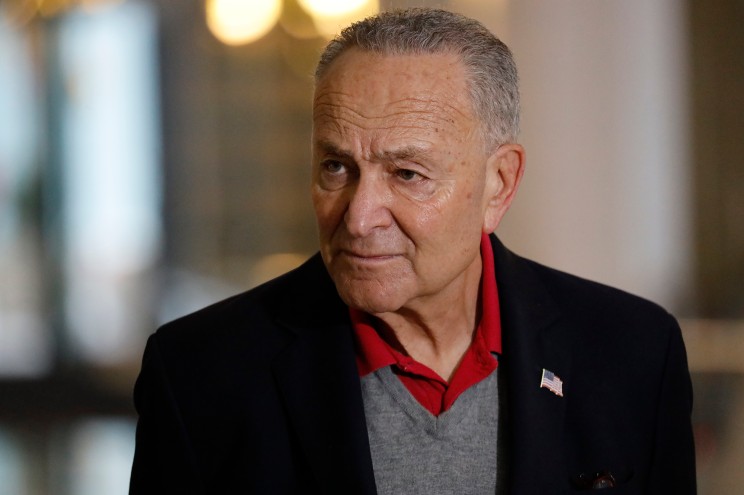 Senate majority leader and New York senator Chuck Schumer called on the Biden administration to direct the limited supply of Tamiflu-like COVID-19 antiviral drugs to states like New York that have been hard hit by the Omicron variant.

“It’s a new weapon that we have to fight this Omicron COVID-19,” Schumer said on Sunday.

“I’m calling on the federal government, which has bought all available [COVID] antivirals, to put New York at the top of the list as it distributes these,” Schumer added.

Schumer said NY deserved to be on the priority list of the antiviral drugs since the state is number one in terms of the COVID cases, in terms of density, and in terms of per capita.

“The federal government should not distribute them across the board. They should look at where is the greatest need,” he said.

Based on the data from the state Dept. of Health as of Friday, there are 162,031 people who tested positive for the virus statewide.

The data also shows that hospitalizations also increased with over one thousand patients in ICU.

It can be recalled that the Food and Drug Administration authorized Merck’s antiviral pill molnupiravir and Pfizer’s paxlovid late last month.

According to reports, the Pfizer drug is permitted for anyone over 12, while Merck’s product is currently for ages 18 and up.

It was learned that both drugs have been proven to reduce the risk of hospitalization or death among COVID-19 patients — but both are in limited supply.