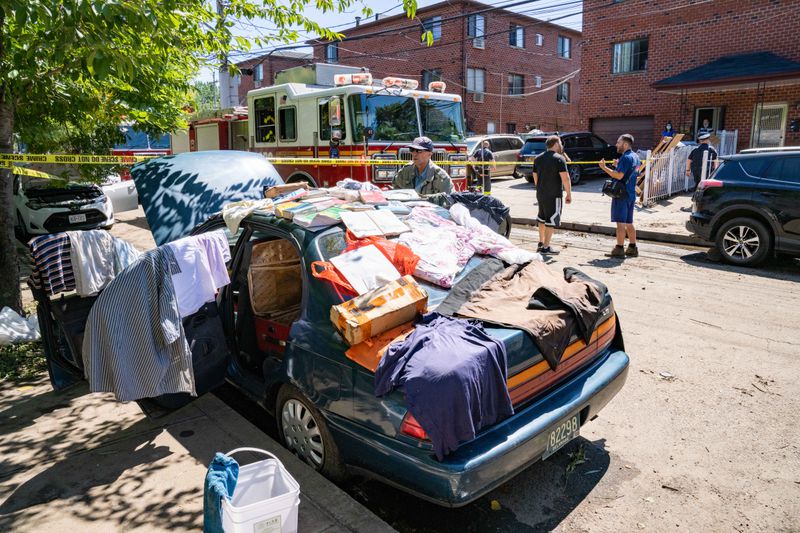 Schumer said the money will help “strengthen recovery efforts” and help foster “long-term, inclusive resilience” for those affected by the deadly storm.

He said the fund allocation is part of nearly $3 billion in funding from the Housing and Urban Development Department that would be disbursed nationwide to improve long-term resilience and target at-risk low- and middle-income families.

Among those killed in the storm are an autistic 14-month-old boy and an 86-year-old woman.

“Amidst any disaster, like Ida, our entire New York delegation mobilizes to secure federal dollars that help New York City and the state respond and recover, which is what these dollars coming today will help us do,” Schumer said.

“I thank the secretary, her team, and the entire New York delegation for helping us deliver this giant chunk of federal relief,” Schumer added.

“In this unprecedented time, Mother Nature must be matched with the nurturing of our federal government, and you’re showing that,” Adams said.

“New Yorkers are resilient, and we’re realistic at the same time. Climate catastrophe isn’t so far off as we think it is. It is here right now. It is happening,” Adams added.