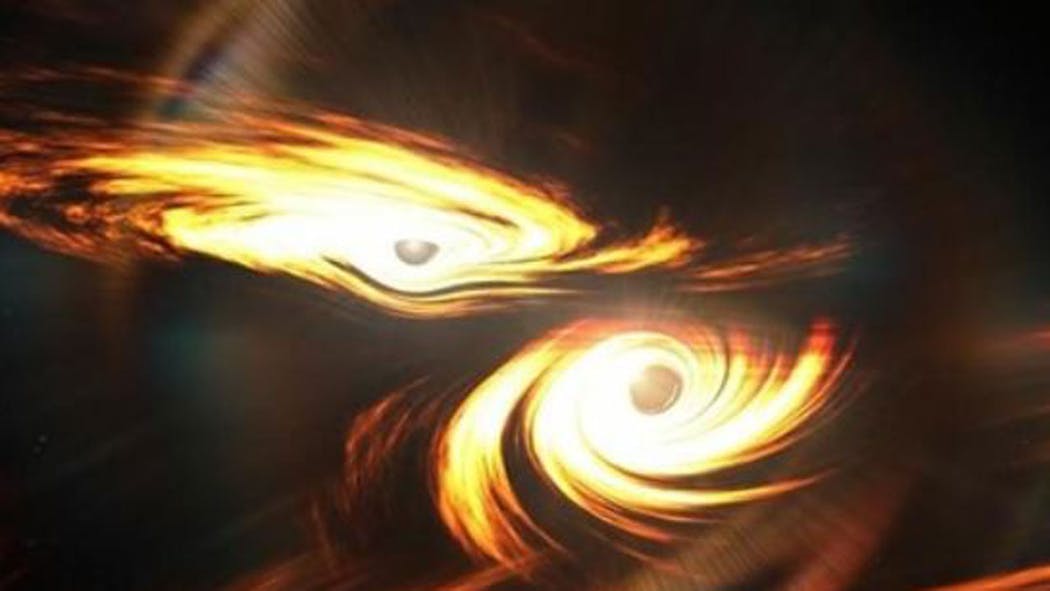 New astronomical research has pointed out the detection of what may supposedly be the most powerful, most massive, most distant merger of two black holes in the history of the universe, releasing the energy of eight suns.

Astronomers have detected a super-rare kind of “intermediate-mass” black hole that has allegedly taken shape as a result of a rare collision. With a mass between 100 and 1,000 times that of the sun, the first of its kind to have ever been found, scientists said.

An unusual “medium” sized black hole was detected by an international team of scientists on May 21, 2019, using the National Science Foundation’s Laser Interferometer Gravitational-wave Observatory (LIGO) interferometers in the U.S. and the Virgo detector in Italy. They published their findings in two papers earlier this week in the Physical Review Letters and The Astrophysical Letters Journal.

Researchers say the event created an even more massive black hole, about 142 times the mass of the sun. It also released a huge “bang” of leftover energy, equivalent to about eight solar masses, in the form of gravitational waves able to be detected on Earth.

“This doesn’t look much like a chirp, which is what we typically detect,” Virgo researcher Nelson Christensen, from the French National Centre for Scientific Research (CNRS), said in a press release. “This is more like something that goes ‘bang,’ and it’s the most massive signal LIGO and Virgo have seen.”

The published papers mention, “GW190521 is an extremely quick signal, lasting less than one-tenth of a second. It appears to be generated by a source dating back to when the universe was about half its age — some 7 billion years ago — making it one of the most distant gravitational wave sources ever detected.”