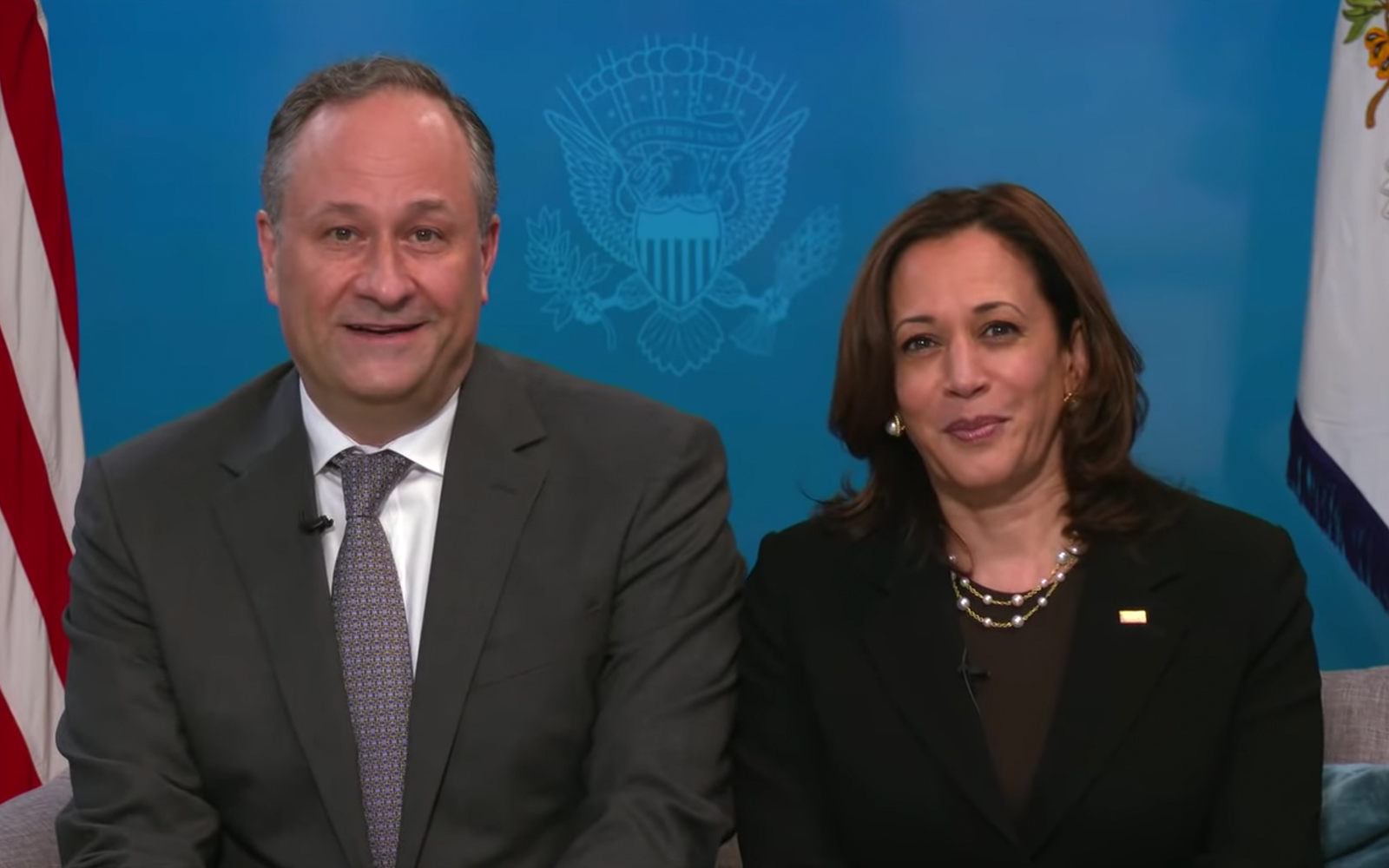 “We are gathered today for the first Passover celebration of the Biden Harris administration, and I’m excited to join you as the first-ever second gentleman, married to the first woman to serve as Vice President of the United States,” Emhoff said. “And as the first Jewish spouse of a president or vice president.”

During the address, Emhoff also recalled attending his grandmother’s seders in Brooklyn and waxed nostalgic over her brisket and “delightfully gelatinous gefilte fish.”

“Some of my best memories of our my own family’s Jewish traditions,” said Emhoff, who grew up in New Jersey. “My mom, Barb, dressing me and my brother Andy and my sister Jamie and matching outfits to go over to my grandma Anne’s house in Brooklyn for the seder.”

Later in the address, Emhoff, who was joined in hosting by Rabbi Sharon Brous of IKAR congregation in Los Angeles, focused on the biblical women who are often overlooked in retellings of the Passover story. “We should also talk about the women who’ve earned their own chapters in the history books, then and now the often neglected women in the Passover story, including the midwives who saved Moses, the mother who nursed him, the Egyptian princess who spared him the pain of slavery, the sister, a prophet in her own right, who watched over him, and ultimately led the Israelites in a song of liberation,” Emhoff said, likening them to the first responders, teachers and others who continued to work throughout the coronavirus pandemic.

US President Joe Biden and his wife, Jill, also made an appearance. They, together with Harris, emphasized the closing wish of the Haggadah, “Next year in Jerusalem.”Biden alluded to the necessity of Zoom seders in a pandemic. “We can close the Seder by adapting a familiar refrain: Not only next year in Jerusalem. But next year in person.”

Top Jewish staffers led portions of the seder, including Anne Neuberger, the deputy national security adviser for cyber and emerging technologies. Jonathan Cedarbaum, the legal adviser to the National Security Council, held up a frayed Haggadah.