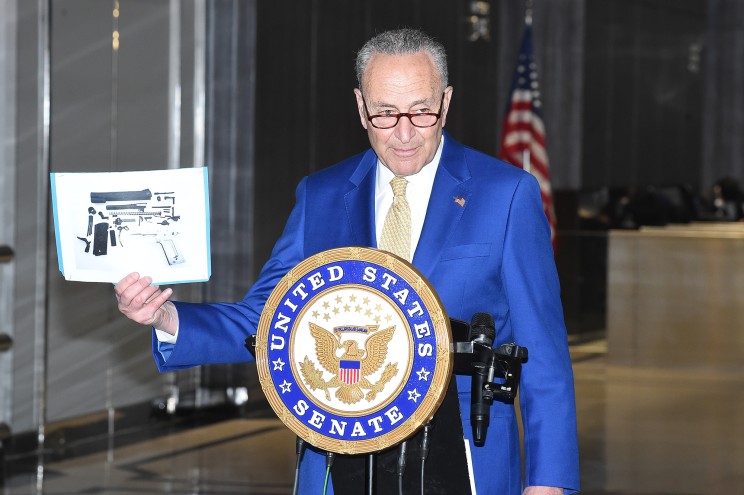 Sen. Chuck Schumer has called on the Biden administration to conduct an intensified crackdown on “ghost guns” or untraceable firearms that buyers assemble themselves.

Schumer said a crackdown is badly needed now since DIY weapons soar in the Big Apple.

“There is absolutely no doubt about it — ghost guns continue to haunt New York, and pose a serious threat to our public safety,” Schumer said at a press conference.

“We’re asking the administration to act: Close the ghost gun loophole as quickly as we can,” he added. “Stop ghost guns from coming into our city, our communities that are killing [people], particularly our kids,” Schumer added.

The Senate majority leader noted that ‘ghost guns’ soar because it is very easy to buy and sell them which is dangerous since it could land in the hands of “felons” and “spousal abusers.”

“You can buy a kit that puts all the pieces together,” he explained. “It’s like Legos, but more dangerous,” the state senator added.

Based on the NYPD data, ghost guns seized by the police have risen in recent years.