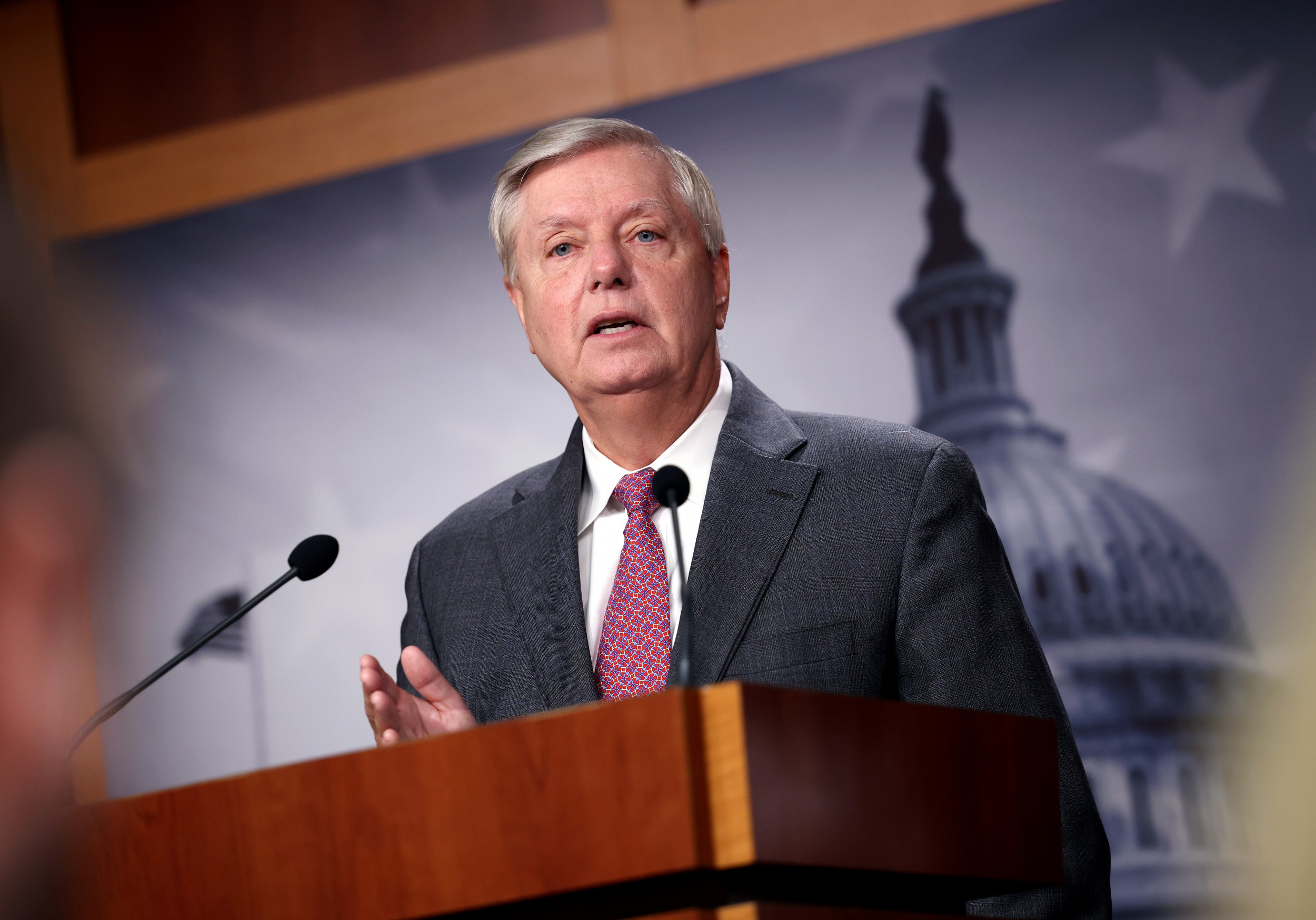 Sen. Lindsey Graham: Biden Must Be Impeached For Handling of Afghanistan Withdrawal

On Tuesday night, Sen. Lindsey Graham rebuked Joe Biden’s handling of the Afghanistan withdrawal, saying the President “should be impeached for the most dishonorable thing a commander-in-chief has done in modern times.”

In his conversation with  Fox News’s “Hannity.”, the Republican lawmaker went on to say, “This is a dereliction of duty by the commander-in-chief. This makes it harder to fight future wars. Who’s going to help us in the future after we abandoned our friends in Afghanistan who fought bravely?”

He added, “And the likelihood of a 9/11 is through the roof now, because Al Qaeda and ISIS are coming after us. If you believe we’ve left Afghanistan and we’ve ended the war between the US and radical Islam, you’re a fool. They’re coming after us and Joe Biden has left us naked and blind in Afghanistan.”

In response to Biden’s Tuesday address where he claimed that the rescue operations will be completed by the Aug 31 deadline, Graham said, “he is going to leave [on the] 31st August because the Taliban told him he had to get out. There is no way in hell we’re going to get all the American citizens out. We’re going to leave thousands of Afghans who fought along outside behind, and we’re setting the table for the rise of Al Qaeda and ISIS to attack us down the road. President Biden has signed the death warrant for thousands of Afghans who helped us,” Graham added. “He’s washing his hands of Afghanistan at our peril as a nation.”