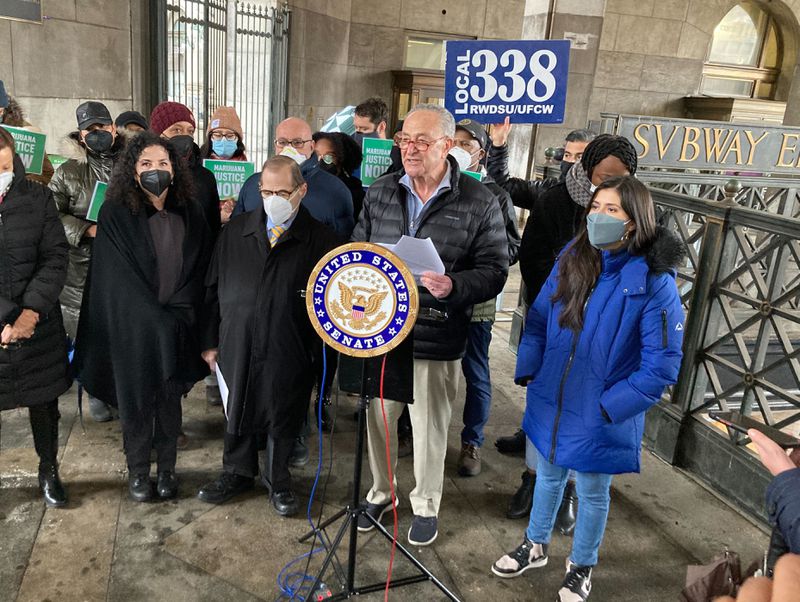 Sen. Schumer hopes to pass legislation that will decriminalize marijuana on a federal level

Senate Majority Leader Chuck Schumer is planning to pass a law that will decriminalize marijuana on a federal level.

On Friday, Schumer gathered some of his congressional buds in lower Manhattan to make his case after working to roll up Republican support over the past several months.

“Change has been urgently needed for a long time,” Schumer said.

“The good news is we’re on the edge of getting change, because the opinions throughout America are changing,” Schumer added.

Schumer revealed he hopes to intensify his outreach on the issue in the coming weeks and to introduce final decriminalization legislation before a nationwide push.

Schumer added that he hopes to finalize the bill in the next “several months”.

“As majority leader, I can set priorities. This is a priority,” he said.

“All across the country, states are legalizing,” he added.

Moreover, Schumer said he has not yet secured Biden’s endorsement for the legislation.

“We’re talking to the president on this issue,” Schumer said.