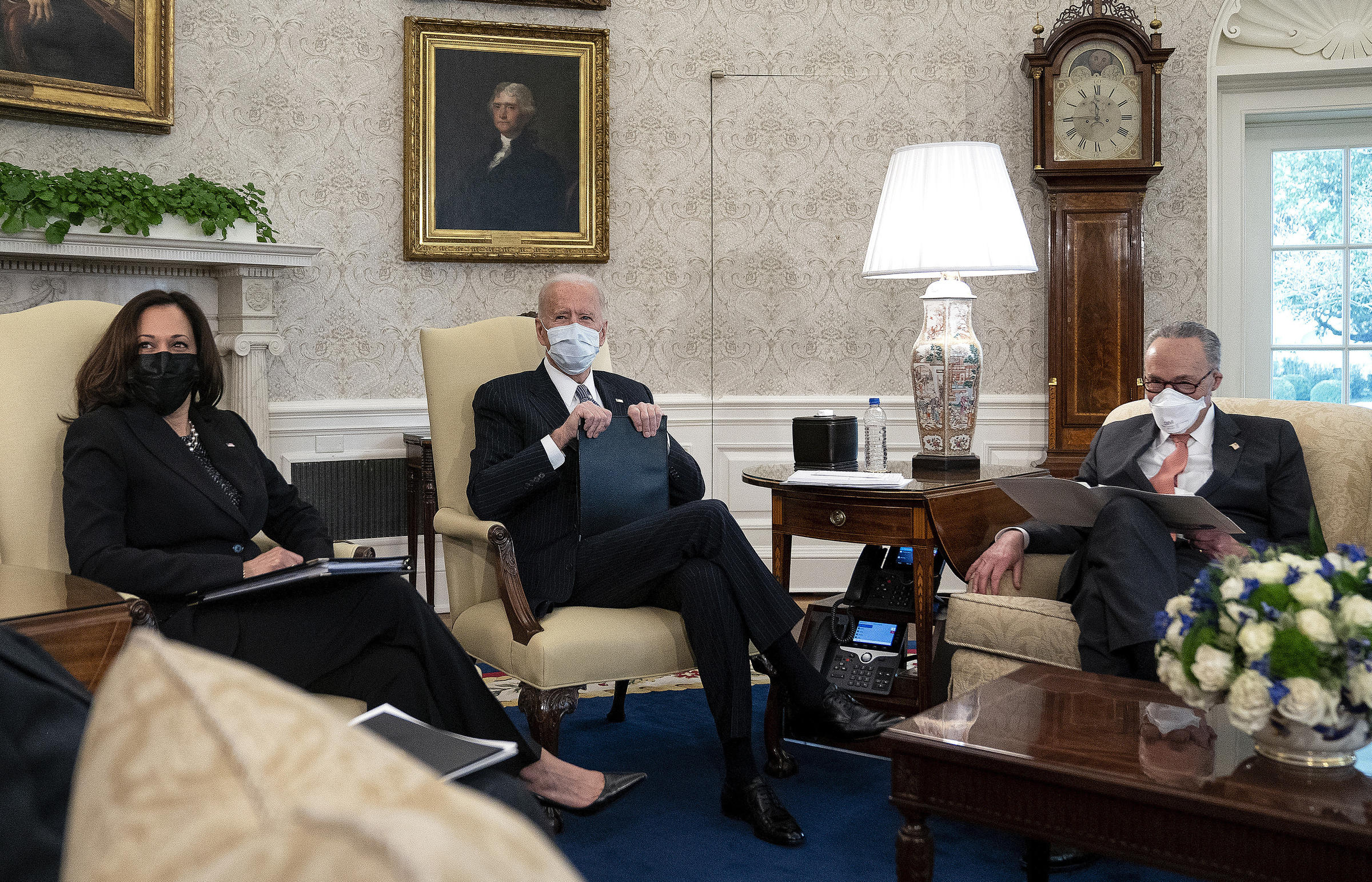 After a night of voting, on early Friday, the Senate unanimously moved forward with a $1.9 trillion Covid relief package with a reconciliation procedure used by Democrats to pass President Joe Biden’s plan.

The reconciliation process only requires a majority vote in the Senate to pass the bill. Furthermore, it will not be subject to a filibuster, allowing the final bill to pass with a simple majority as long as its provisions are limited to spending and taxes. This means that if all Democrats are on board, the final bill can be passed without any Republican support, with Vice President Kamala Harris casting the tie-breaking vote.

Among the resolutions suggested by the Senate, which the procedure allowed, including an amendment proposed by Republicans that would prevent Congress from raising the minimum wage to $15 an hour during the pandemic. The Senate approved the amendment but as Sen. Bernie Sanders explained, it was not his intention to sneak that proposal in. “I will do everything that I can to make sure a $15 an hour minimum wage is included in this reconciliation bill, but there appears to be some misunderstanding,” Sanders said, according to the Wall Street Journal. “It was never my intention to raise the minimum wage immediately and during the pandemic.”

Another amendment sought “to ensure upper-income taxpayers are not eligible” for the $1,400 payments in the plan. The vote on that measure passed by a tally of 99-1.

Before the vote, on Thursday, Biden spoke about the bill saying, “We need to act — we need to act fast,” Biden said on a morning conference call with House Democrats, emphasizing that Americans are suffering because of the pandemic, according to a source on the call.

The president said he’s “not going to start my administration by breaking a promise to the American people” on $1,400 checks, the source said. “This package gets money into the pockets,” Biden said, according to the source. “We can’t walk away from the additional $1,400 in direct checks we proposed because people need, and frankly, they’ve been promised it. Maybe we can — I think we can better target that number. I’m OK with that.”