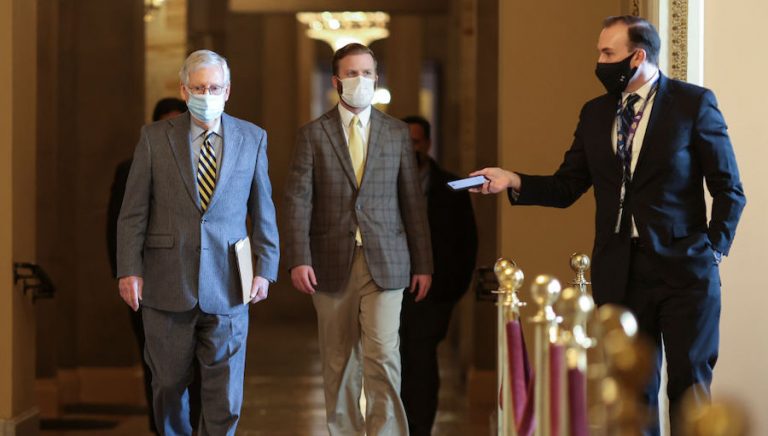 McConnell dismissed the idea of bigger “survival checks,” saying the money would go to plenty of American households that don’t need it, hence shunning President Trump and a few Republicans’ motives to provide bigger checks. On Monday, the bill had successfully passed the House in a 273-134 vote, in order to increase individual checks from $600 to $2000.

Whilst rejecting the check amount that was suggested by the President, McConnell said,”During this process, the president highlighted three additional issues of national significance he would like to see Congress tackle together. Those are the three important subjects the president has linked together. This week the Senate will begin a process to bring these three priorities into focus.” These include the repeal of protections for tech companies like Facebook or Twitter under Section 230 and a bipartisan commission to review the 2020 presidential election Trump lost to President-elect Joe Biden.

Senate Democratic Leader Charles Schumer (D-N.Y.) said in a statement following the rejection, “Senator McConnell knows how to make $2,000 survival checks reality and he knows how to kill them. If Sen. McConnell tries loading up the bipartisan House-passed CASH Act with unrelated, partisan provisions that will do absolutely nothing to help struggling families across the country, it will not pass the House and cannot become law – any move like this by Sen. McConnell would make a blatant attempt to deprive Americans of a $2,000 survival check.”

Since Democrats wanted a stand-alone vote on a bill to increase the stimulus checks from $600 to $2,000, Schumer also made the argument that “The fastest way to get money into Americans’ pockets is to send some of their tax dollars right back from where they came. Two-thousand dollar stimulus checks could mean the difference between American families having groceries for a few extra weeks or going hungry.”

Also reacting to the dismissal was House Speaker Nancy Pelosi, who said, “These Republicans in the Senate seem to have an endless tolerance for other people’s sadness.”