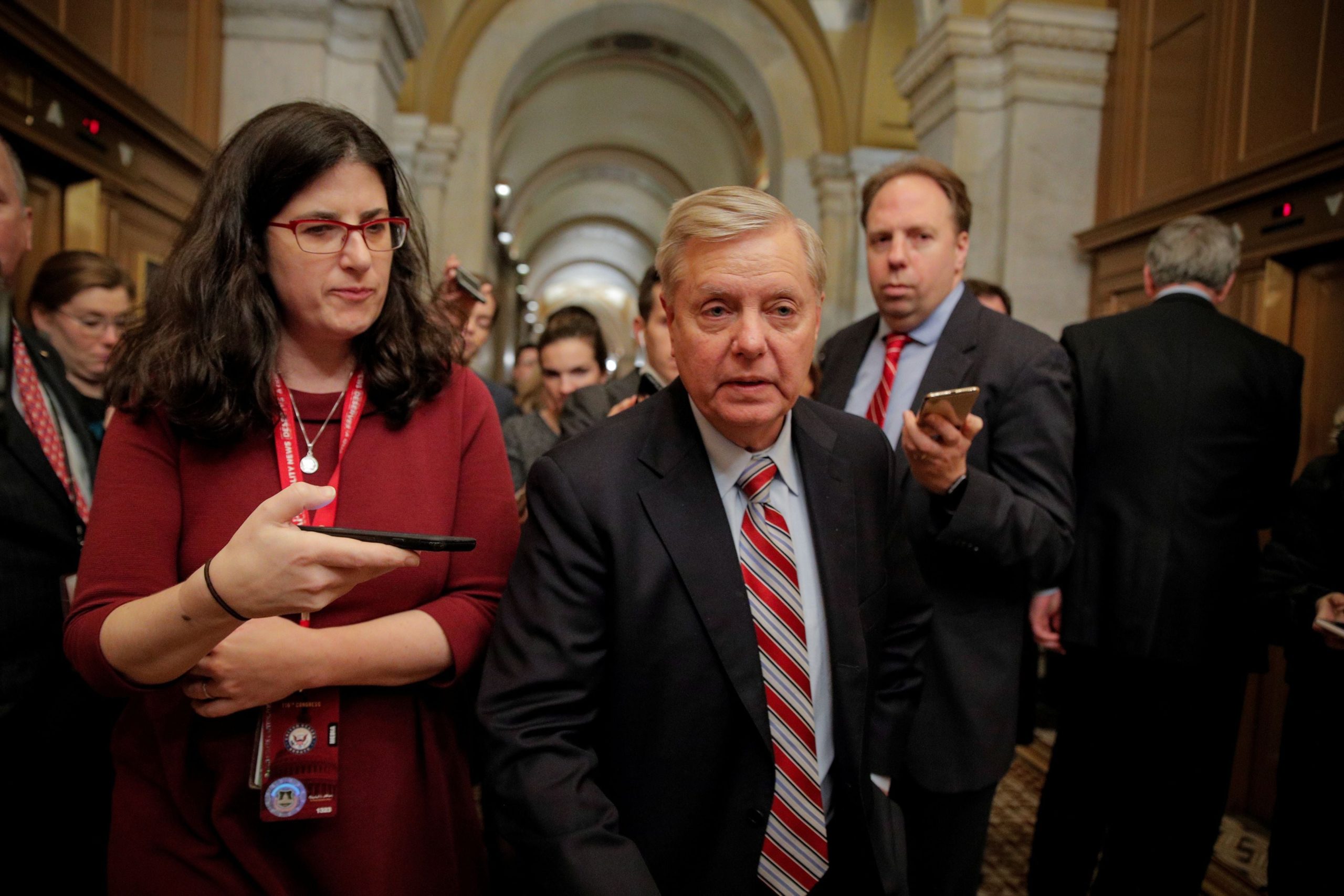 Senate Republicans showed their support towards Former President Donald Trump on Sunday by claiming the impeachment trials as a waste of time and arguing that the former president’s fiery speech before the U.S. Capitol insurrection does not make him responsible for the violence of Jan. 6.

The impeachment trial of former President Donald Trump is all set to commence on Tuesday, wherein a thorough hearing will consider the charge that Mr. Trump’s address to protesters at a Capitol rally provoked a mob to storm the Capitol- killing 5 and injuring several.

Rallying for the ex-President, Republicans lent their support on Sunday, with Republican Sen. Roger Wicker of Mississippi saying, “If being held accountable means being impeached by the House and being convicted by the Senate, the answer to that is no.” He further added that Americans “will not stand for this kind of attack on the rule of law” and without naming names, said “we must prosecute” those who undermine democracy. When asked if Trump’s conduct should be more deserving of impeachment than President Bill Clinton’s, whom Wicker voted to impeach, he said: “I’m not conceding that President Trump incited an insurrection.”

Meanwhile, Republican Sen. Rand Paul of Kentucky dismissed Trump’s trial as a farce with “zero chance of conviction,” describing Trump’s words to protesters to “fight like hell” as Congress was voting to ratify Joe Biden’s presidential victory as “figurative” speech. “If we’re going to criminalize speech, and somehow impeach everybody who says, ‘Go fight to hear your voices heard,’ I mean really we ought to impeach Chuck Schumer then,” Paul said, referring to the new Democratic Senate majority leader. “It is a farce, it is unconstitutional. But more than anything it’s unwise, and going to divide the country,” Paul said.

On the other hand, Republican Sen. Lindsey Graham of South Carolina, who has always been one of Mr. Trump’s ardent defenders, said he believes Trump’s actions were wrong and “he’s going to have a place in history for all of this,” but insisted it’s not the Senate’s job to judge. “It’s not a question of how the trial ends, it’s a question of when it ends,” Graham said. “Republicans are going to view this as an unconstitutional exercise, and the only question is, will they call witnesses, how long does the trial take? But the outcome is really not in doubt.”