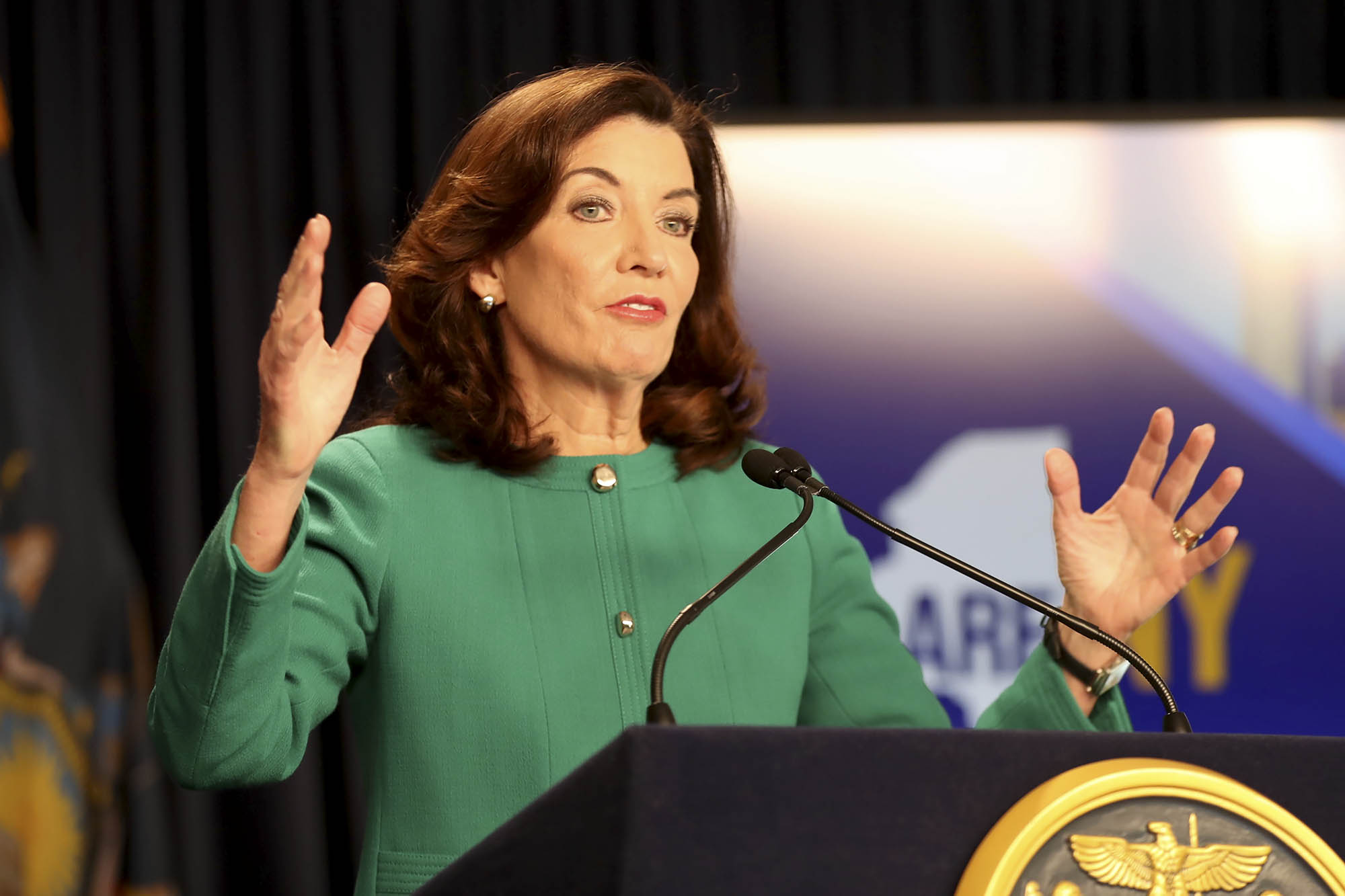 NY Governor Kathy Hochul is not only facing criticism for her mask-at-desk mandate from citizens, but also from a quarter of county officials from across the State.

On Tuesday, four days after the Governor’s announcement to make masks at work desks compulsory, county officials statewide opposed the mandate and called it “silly,” “misguided” and “unenforceable”. One official even went ahead in rejecting it as “Gestapo tactics” while another said, “we’re not going to become the mask police.”

According to the NY Post, leaders in 13 Republican-controlled counties have publicly refused to force businesses that don’t require vaccination for admittance to make workers, customers, and visitors wear masks. In addition to Nassau County, four other counties- Rockland, Orange, Putnam, and Dutchess have opposed the mandate.

Orange County Executive Steve Neuhaus said he opposed “using Gestapo tactics and going business to business and asking them if they are enforcing masking. My health department has critical things to do that are more important than enforcing this and I think small businesses have been through enough already. God forbid the governor directs the state police to go out and enforce it.”

Meanwhile, Dutchess County Executive Marc Molinaro said, “We don’t have the resources or even the desire to engage in a mandate that we don’t believe is going to produce a measurable outcome. It’s difficult enough in an emergency to tell people something they should do, but even more so now when [Hochul’s] predecessor frankly squandered public trust.”

Hochul’s mandate carries fines of up to $1,000 for each violation and during a Tuesday news conference in Manhattan, she said, “Counties have always had to enforce public health requirements. That’s what they do.”