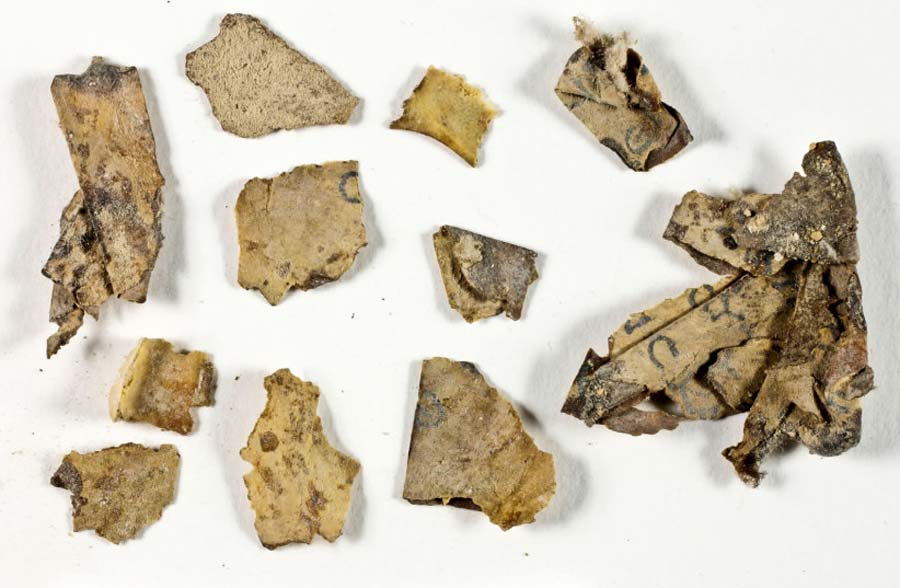 A team of Israeli archaeologists on Tuesday discovered dozens of fragments bearing biblical verses, from a Judean cave. Believed to be the Dead Sea Scroll fragments, the pieces unearthed feature portions of the books of the Twelve Minor Prophets, including those of Zechariah and Nahum.

Retrieved from the ‘Cave of Horror’ in the Judean Desert reserve’s Nahal Hever, which was believed to provide shelter to Jewish rebels against the Roman Empire, where they hid around 1,900 years ago, according to a government press release, the scrolls are the first major biblical scroll discovery in the past 60 years. First discovered 70 years ago in caves around Qumran, the Dead Sea Scrolls are among archaeology’s most significant scriptural finds, containing the oldest versions of the Hebrew Bible and other Jewish texts that date to the time of Jesus. Most of the scrolls are kept at the Shrine of the Book, part of the Israel Museum in Jerusalem.

The parchment fragments were discovered as part of an operation launched by the Israel Antiquities Authority (IAA) in 2017 to prevent looting in the Judean Desert. The Dead Sea Scrolls include the earliest known copies of the biblical texts and are therefore considered the most important archaeological discovery of the 20th century. “The aim of this national initiative is to rescue these rare and important heritage assets from the robbers’ clutches,” said Israel Hasson, director of Israel’s Antiquities Authority, who called for more resources to complete the recovery operation especially since the cave is around 80 meters (262 feet) below a clifftop in the Judean Desert, and can only be reached by abseiling from the top.

“The desert team showed exceptional courage, dedication and devotion to purpose, rappelling down to caves located between heaven and earth, digging and sifting through them, enduring thick and suffocating dust, and returning with gifts of immeasurable worth for mankind. We must ensure that we recover all the data that has not yet been discovered in the caves before the robbers do. Some things are beyond value,” Hasson added.

Meanwhile, apart from the scrolls, archaeologists also discovered the partially mummified skeleton of a 6-12-year-old child, buried in a shallow pit beneath two flat stones and wrapped in cloth, which dates back 6,000 years. They also uncovered a cache of rare coins from the days of Simon Bar-Kokhba that bear Jewish symbols and a complete basket believed to be the oldest in the world, dating back 10,500 years.