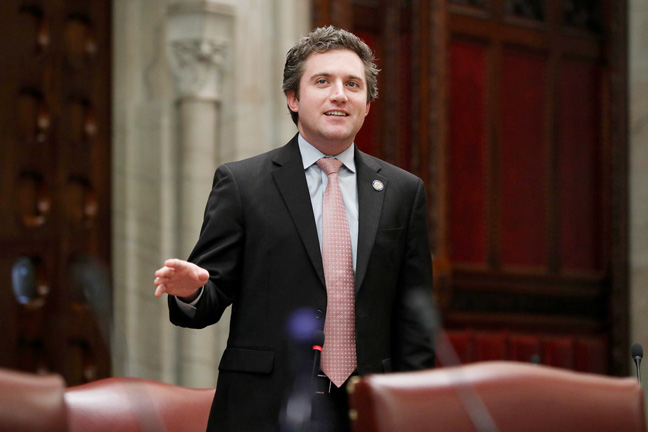 Stereotyping all of the Orthodox Jewish community residing in New York, Skoufis said he is “calling on the Department of Health to… bring the full force of the law down on those who have skirted… [vaccine] requirements.”

“Some Ramapo yeshivas in Rockland County have a history of non-compliance with the state’s vaccine laws; proactive additional enforcement is required in light of today’s news,” Skoufis wrote.

In response to this insensitivity, Yossi Gestetner, the co-founder of the Orthodox Jewish Public Affairs Council (OJPAC) said, “There is no data to back the claim that mandated vaccination rates are worse among Orthodox Jews than in other places. However, even if it were true, it’s disgusting to release a statement that slams a whole community for the shortcomings of a few. Besides, if there is an issue of under-vaccination, then a collaborative effort between government and community is needed – not an adversarial stance. Additionally, just days ago, multiple Orthodox Jews in Rockland County were pelted with projectiles by out-of-area teens. Mr. Skoufis didn’t sound off about it and he sure didn’t blame an entire community for it. It’s very possible that past inflammatory comments and content may have caused those older teens to think that it will be ‘fun’ to travel 15 minutes to attack Orthodox Jews.”

After witnessing the backlash, Skoufis deleted his Tweets on the matter, but it was a little to late since the damage had already been done.