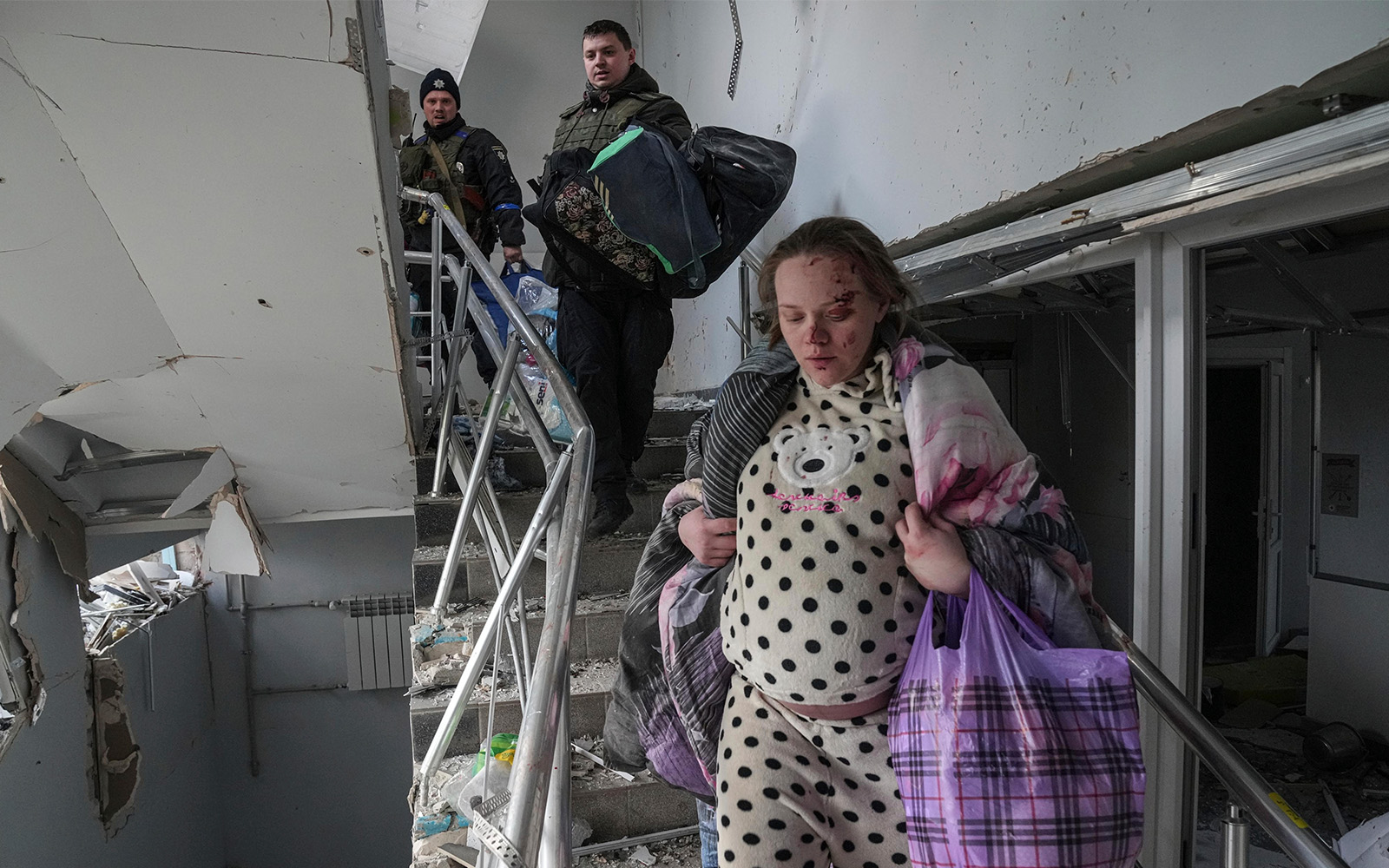 Shame! Zelensky Lashes Out Against Putin For Bombing Maternity Hospital

In a new low, Ukrainian President Volodymyr Zelensky on Wednesday said Russia’s bombing of a maternity hospital was evidence that Russia is carrying out genocide against Ukrainians.

Calling it a turning point, he admonished Western leaders for cowardice and raged at Russia for its assault on his country’s civilians. Zelensky said in a video posted online, “Dropping a bomb on a maternity hospital — it’s the final proof that what is happening is genocide of Ukrainians. Today is the day that defines everything. It defines who is on which side. A children’s hospital. A Maternity hospital. What did they threaten the Russian Federation with?”

As reported by media outlets, a Russian airstrike destroyed the hospital in the besieged Ukrainian port of Mariupol, wounding at least 17 people. Zelensky said children were trapped under the wreckage and responders were still digging through the rubble. Images from the scene showed bloody, pregnant women being carried over the ruins on makeshift stretchers.

Continuing his raged monologue, Zelensky then added, “Were there little nationalists there? Were pregnant women going to shoot missiles at Rostov? Did someone in that maternity hospital offend Russian-speaking people? Was it the ‘denazification’ of the hospital? This is beyond atrocities already,” he said.

He then went onto question the inaction of Western leaders, saying, “Europeans, you can’t say you didn’t see what happened to Ukrainians. You saw. You know. You have to tighten the sanctions so that Russia no longer has any opportunity to continue this genocide. Together, we need to return to some Western leaders their bravery, so that they do what they should have done on the first day of this invasion — either close the Ukrainian sky or give us fighter jets so we do it ourselves.”