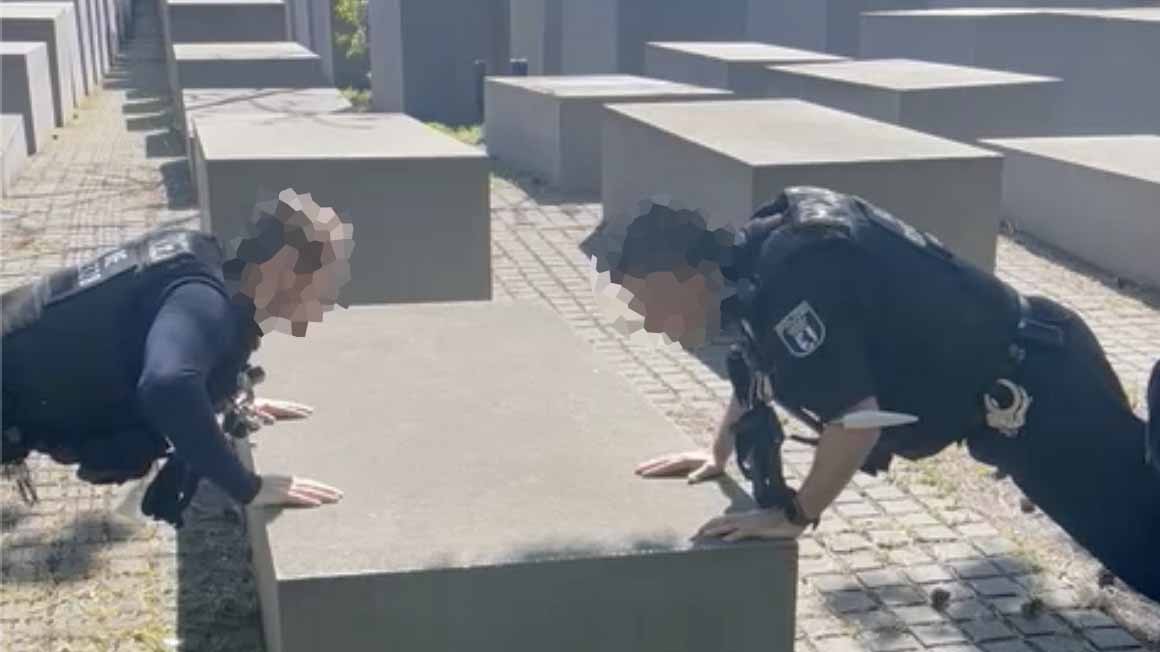 In a shameful incident in Germany recently, two Berlin police officers were photographed doing push-ups on the concrete block monument of the Berlin Holocaust Memorial.

Apologizing for the grossly ill-mannered incident on Monday, the Berlin Police Headquarters issued a statement and stated that further investigation into the matter is underway. Berlin police chief Barbara Selwick claimed, “the conduct of our colleagues does not honor the purpose for which this monument was erected and harms the memory of those who were murdered,” adding that the memorial is “not a playground.”

As it stands, the Holocaust Memorial near the Berlin Parliament was inaugurated in 2005 and consists of 2,700 concrete blocks. Accessible to the public, visitors are asked to refrain from performing offensive behaviors, such as running or jumping from one concrete block to another, though acts of indecency have been reported in the past.

In response to the incident, Uwe Neumärker, Director of the Foundation Memorial to the Murdered Jews of Europe told a local media outlet, “cooperation with the Berlin police runs smoothly… I am all the more stunned. The Holocaust and the crimes of (the) National Socialism (party) should be a focus of the training of civil servants.”

As of now, Selwick has vowed to further investigate the situation and take appropriate action regarding the same.