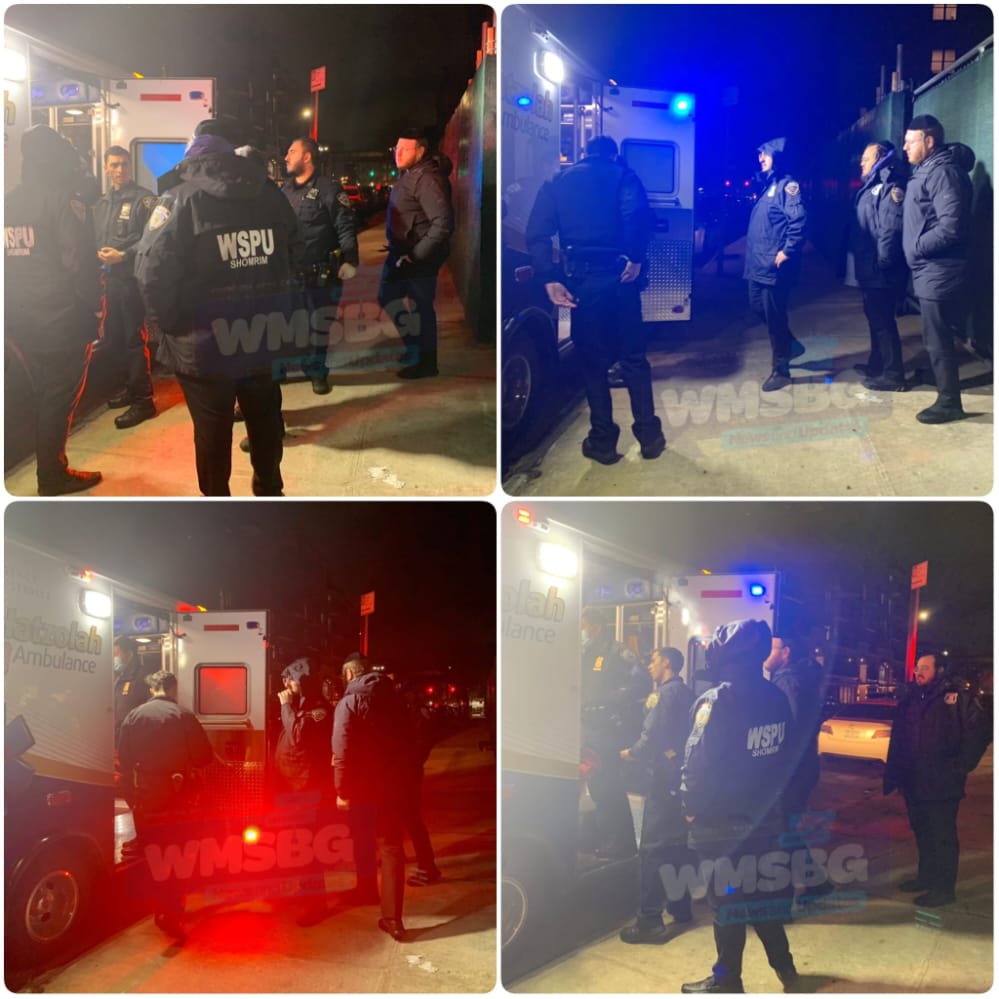 SHOCK: Hasidic Man Beaten with Sticks at the Broadway Triangle in Williamsburg

Reports coming in that a Hasidic man was beaten with sticks by at least two attackers near Gerry St. and Bartlett St. in the area that is known as the Broadway Triangle in Williamsburg, that had frequent antisemitic flare ups.

While details are still coming in, it’s clear that this was an unprovoked attack, with the hallmarks of a hate crime. As of the latest reports, the attackers fled the scene and are still on the loose.

.⁦@NYPD90Pct⁩, ⁦@WspuShomrim⁩ are on scene at Throop Ave & Bartlett St after 2 perps assaulted a Hasidic Jewish Person with sticks to his head, ⁦@hatzalah⁩ treating the victim with blood wounds to his head, perps fled the scene by car. pic.twitter.com/s0paAJGK39

Videos posted on Twitter by @WMSBG shows Shomrim, Hatzalah and the 90th precinct responding to the scene. According
to people on the scene, the 25 year old victim was severely beaten and bloodied and is being transported to the hospital where he’ll undergo intensive stitching.

No money was demanded during the attack, it is unknown yet if the Hate Crime Task Force unit is already involved in the investigation.

“We are shocked and saddened by yet another unprovoked attack in Williamsburg. We hope for quick arrest, and we appeal for beefed up patrol to eradicate this trend of violence against community members,”
The United Jewish Organization of Williamsburg (UJO) tweeted.

We are shocked and saddened by yet another unprovoked attack in Williamsburg. We hope for quick arrest, and we appeal for beefed up patrol to eradicate this trend of violence against community members. https://t.co/O60NRLMBhB

The Councilman of the neighborhood, Lincoln Restler, who assumed office yesterday, condemned the attack. “Disturbed by this attack in Williamsburg this evening. Hoping the victim is okay and able to fully recover,” Tweeted Restler.

Disturbed by this attack in Williamsburg this evening. Hoping the victim is okay and able to fully recover. https://t.co/G2tWPVWPQ0

In Just 3 words Councilman Kalman Yeger catapulted the frustration of the Jewish community with the repeated attacks: “It doesn’t stop.”

This is a developing story. Photos / Video via WMSBG