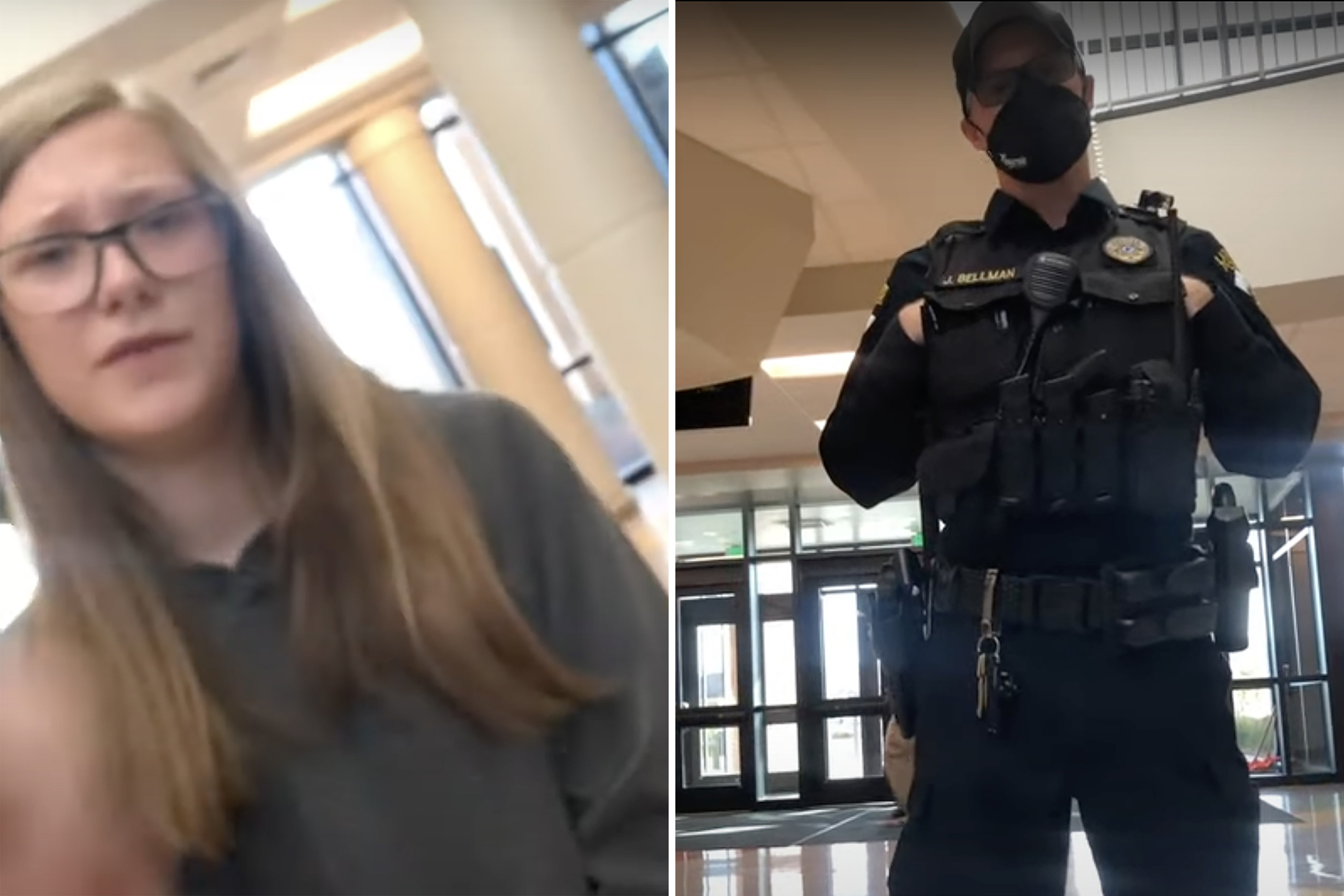 Shocking: 16-Year-Old Girl Handcuffed and Arrested For Not Wearing Mask In School

Taking the mask mandate too far, a 16-year-old girl was handcuffed and arrested at the Laramie High School in Wyoming for showing up maskless.

In an interview with state Sen. Anthony Bouchard, Grace Smith recalled the incident saying police arrested her on trespassing charges, following her suspension for defying the school’s mask mandate and her subsequent refusal to leave school grounds. In addition to her arrest, Smith says she received a $1,000 trespassing fine.

Calling herself a law-abiding, straight-A student, she said, “I would never choose to do anything wrong and I never saw myself sitting in the back of a cop car, handcuffed.”

“I thought it was absolutely ridiculous, I wanted to go back to class just so I could learn,” the teen told Fox News Tuesday while joined by her father, Andrew Smith. “And I never thought that they would actually arrest me. It honestly really surprised me to see them put me in cuffs and take me to jail.” Grace said she’s been protesting the district’s mask mandate with other students since it went into effect on Sept. 8. But her “continued willful disobedience” landed her into this trouble.

Meanwhile, Andrew said he was “so stinkin’ proud” of his daughter for taking a stand on behalf of herself and others in the state.