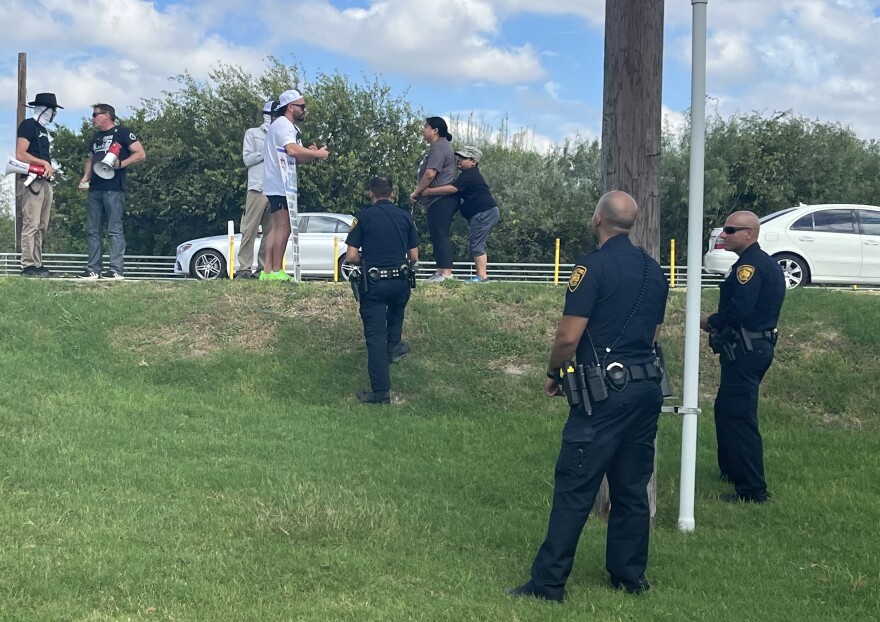 A group of neo-nazis staged a demeaning protest outside a Jewish community center in San Antonio, Texas on Tuesday, holding banners like “Honk if you know the Holocaust is fake.”

Understood to be the white supremacist supporters of the neo-Nazi “Goyim Defense League” the protesters flaunted banners carrying vulgar antisemitic slogans that denied the Holocaust, defamed Jewish religious practices, and blamed the COVID-19 pandemic on a Jewish conspiracy.

Please see my statement below regarding the banner that was displayed over MoPac. https://t.co/tOcnPPqmSB pic.twitter.com/tWv0eyJbb1

For no apparent reason, the men were seen wearing T-shirts decorated with Nazi swastikas and were holding despicable banners including one that the Jewish tradition of circumcising infant males at the age of eight days using pornographic language. Fliers claiming that “every single aspect of the COVID agenda is Jewish” were scattered by the group as they rallied opposite the San Antonio Jewish Community Center, where a Holocaust commemoration event was taking place.

Condemning the incident, the city’s mayor Ron Nirenberg wrote on Twitter, “Amid a rise of antisemitic incidents in our community, we must stand with our Jewish neighbors and reject the hatred and ignorance that endangers the spirit of our entire city. San Antonio will not tolerate these heinous acts and we will never give a platform to white nationalists.”