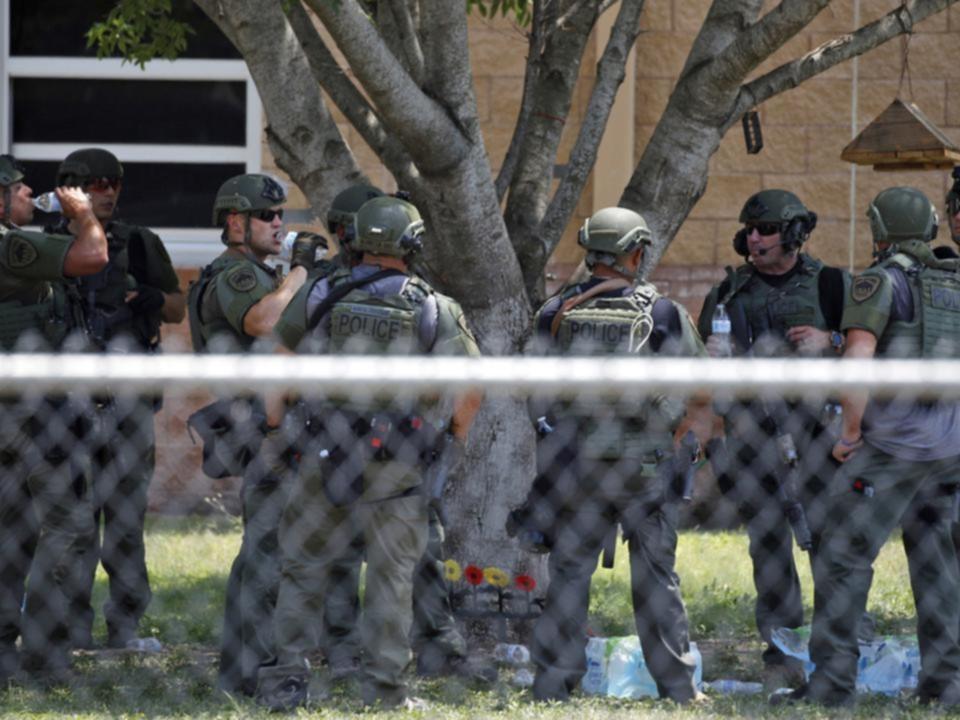 A shocking new report has revealed that multiple police officers armed with rifles and at least one ballistic shield stood and waited in a school hallway for nearly an hour while a gunman carried out a massacre of 19 elementary students and two teachers in Uvalde, Texas.

According to documents reviewed by the Austin American-Statesman and KVUE-TV on Monday, the officers with heavier firepower and tactical equipment were there within 19 minutes of the gunman arriving on campus- which is a lot earlier than previously known.

This information is to be presented to a public Texas Senate hearing in Austin on Tuesday. Investigators say the latest information indicates officers had more than enough firepower and protection to take down the gunman long before they finally did.

The investigated documents included footage from inside the school that showed the 18-year-old gunman casually entering a rear door at 11:33 a.m., walking to a classroom, and immediately spraying gunfire before barricading himself. The video showed 11 officers entering the school three minutes later, but they didn’t enter the classroom for the next 58 minutes.

A legislative committee looking at law enforcement response completed another day of closed-door hearings in Uvalde on Monday. State Rep. Dustin Burrows, who is chairing the committee investigating the shooting at Robb Elementary School in Uvalde, had said at the start of the day’s session that the panel would hear more witness testimony from the Uvalde Police Department, as well as from another officer from the school district police and a member of the Texas Department of Public Safety.