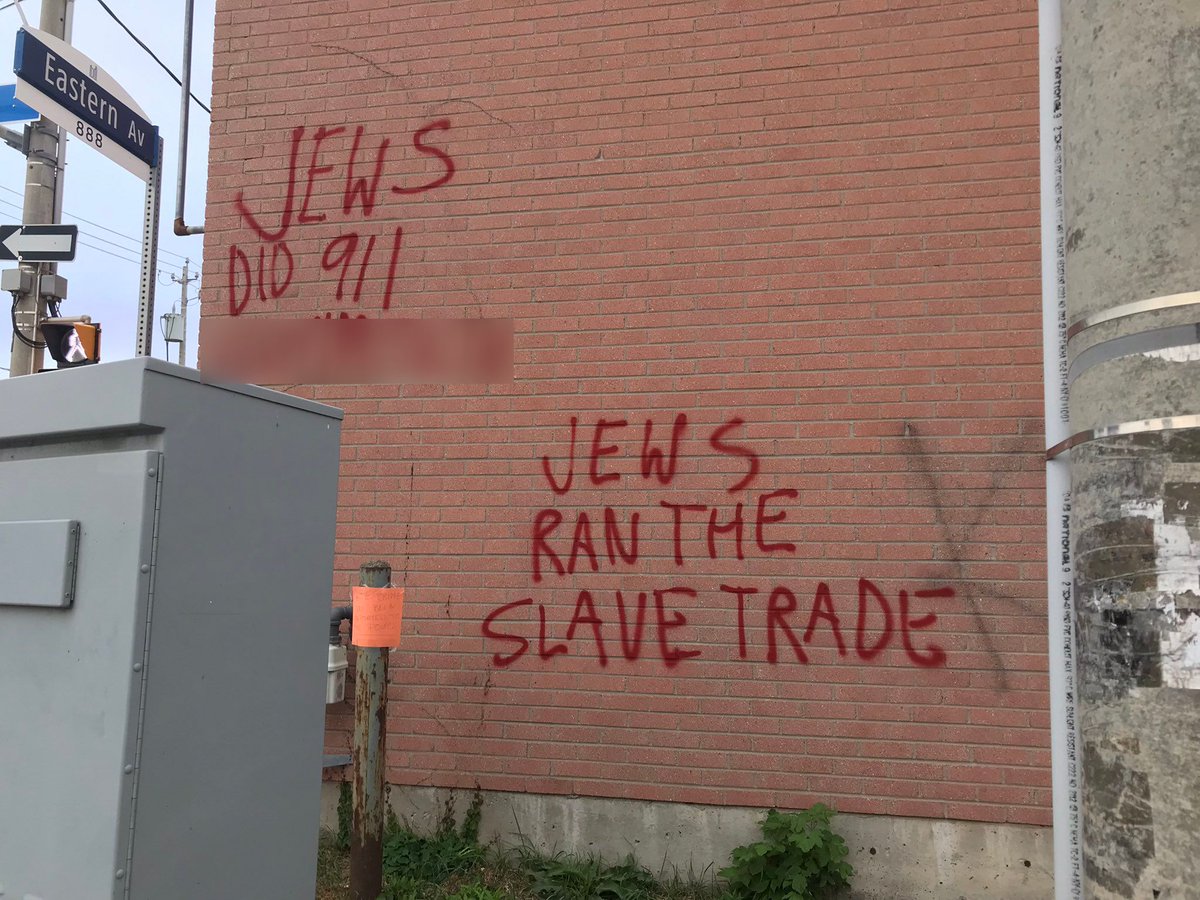 Shocking: Graffiti In Toronto Claims Jews Were The Cause of 9/11

As instances of antisemitism spur in Canada, recent vandalism only made matters worse for the Jewish community in Toronto. A graffiti claiming that Jews were responsible for the Sept. 11 terror attacks was painted on a building in Toronto and a highway overpass in Canada over the weekend.

Written on the walls were statements like “Jews did 911” and “Jews ran the slave trade.” Also painted on the wall of the building was the website for a group known as the Goyim Defense League.

Reacting to the gruesome incident was B’nai Brith Canada which expressed its outrage at the vandalism, calling the graffiti on the overpass “disturbing” and saying it was “timed to coincide with the anniversary of the 9/11 terror attacks.”

“This disgraceful graffiti promoting anti-Semitic conspiracy theories about Jews was spotted earlier today in Toronto’s east end,” posted the Friends of Simon Wiesenthal Center on Twitter. “Such attempts at spreading hatred will never be tolerated in this city.”

Amidst these recent incidents and growing antisemitic hate in Canada,  the Toronto Police Department announced that it is partnering with the UJA Federation of Greater Toronto and will have an outdoor “incident reporting center” on Yom Kippur “that will allow members of the Jewish community to report to our community safety partners any suspicious or criminal events which may have been observed or experienced in the neighborhood or when walking to and from prayer services.”