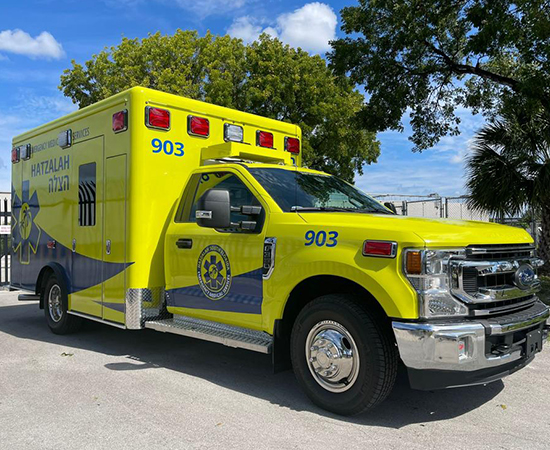 In an insane incident on Tuesday night, a Miami Beach parking enforcement officer wrongly ticketed a parked Hatzolah Ambulance and even threatened to tow it away if the driver didn’t comply.

The emergency in question, according to sources, was part of one of the fleets of Hatzolah ambulances that was parked strategically around the city to enable a fast response time to treat patients calling for medical assistance. The ambulance had been parked on Pine Tree Drive and 40th Street for more than a month now, which is why the enforcement officer’s decision to suddenly question the vehicle was uncalled for.

According to sources familiar with the matter, the Inspector issued citations to the ambulance claiming it was a “commercial vehicle” and was not allowed to be parked on a street. Hatzolah members attempted to reason with the man, explaining that this is a Florida State Certified ambulance, but the officer refused to listen. Additionally, he ticketed the vehicles belonging to two Hatzolah volunteers who were parked there to service the ambulance. He claimed that they had magnets on the sides of their vehicle labeling their vehicle as “Hatzolah”, and were therefore “commercial vehicles”.

To resolve the matter, Hatzolah were scheduled to have a meeting with Miami Beach City officials on Wednesday morning.