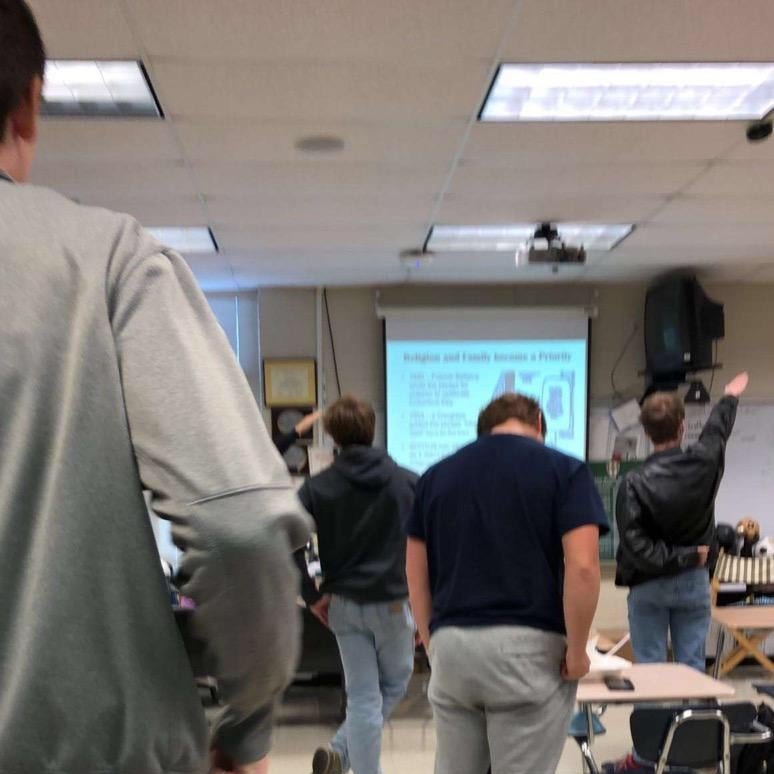 In a disgraceful incident that drew immense backlash from the Jewish community, a teacher in Alabama was filmed teaching students about the Nazi salute, and allegedly having them perform the vicious gesture while facing the American flag.

Reported late Monday night via a Twitter post from StopAntisemitism.org, a teacher named Joe Webb from Mountain Brook High School in Mountain Brook, Alabama, was filmed teaching his 11th grade students about the Bellamy salute, adopted by the Nazi regime in the 1930’s.

A few of the students refused to participate; the school's Principal and Vice Principal are aware.

According to the video footage posted online, when Webb asked the students to replicate the salute, several students refused, including a young Jewish pupil. Outrageously, Assistant Principal Jeremy Crigger chimed in, and allegedly made the student who took the photo and video apologize; but the student refused.

According to a source, the school administration then allegedly told the Jewish student who refused to participate he would get into trouble if the school was made to look bad.

In retaliation, the school then released a statement calling the reports that the teacher was trying to get students to give the Nazi salute “unequivocally false”, but the statement was soon removed from “Scribd”, seeing as the video footage had spread substantially.