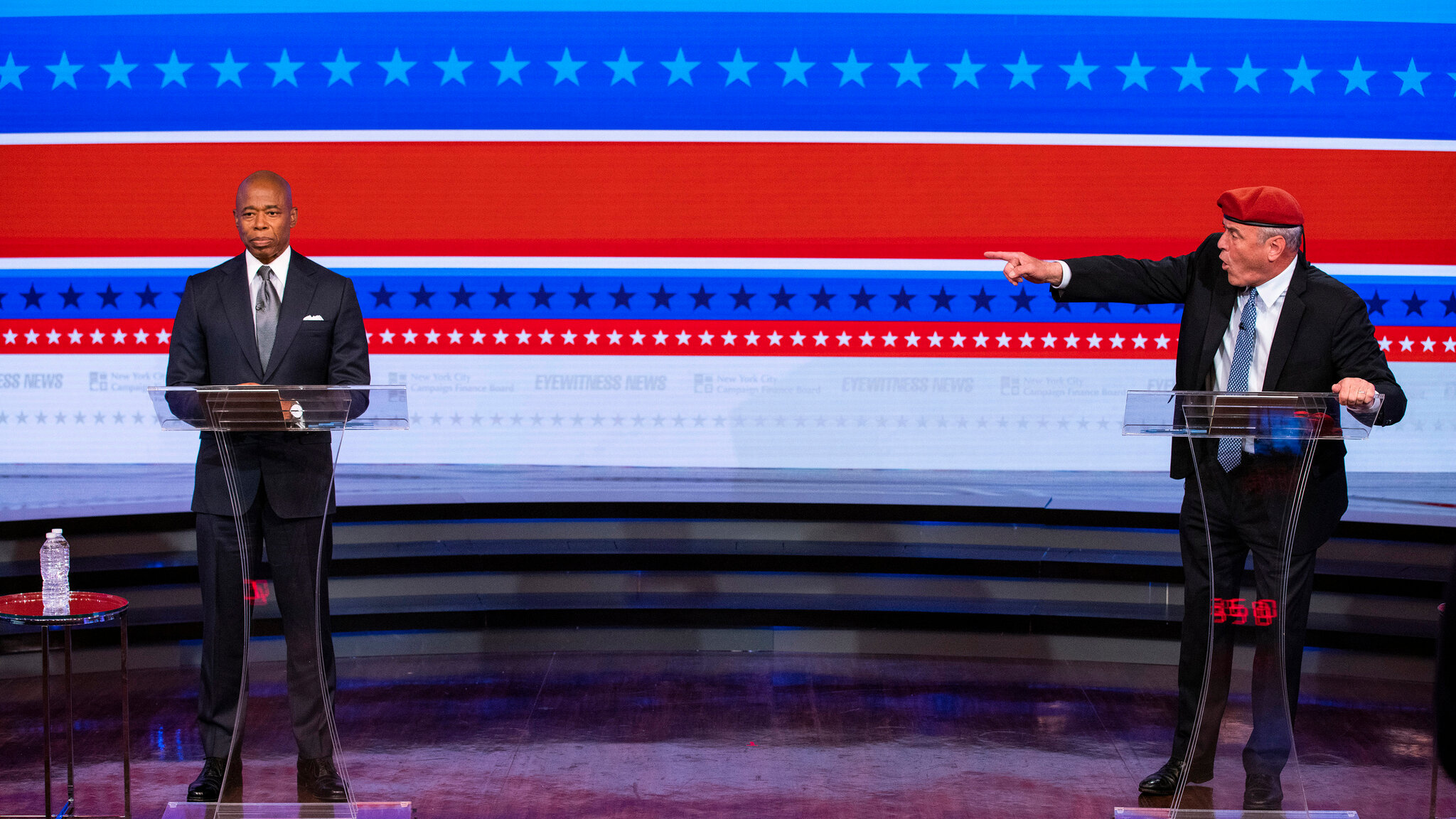 Centering their plans around crime and post-pandemic recuperation, NYC Mayoral candidates Eric Adams and Curtis Silwa had a heated second debate that ended on a somber note as compared to the first one.

It’s all down to a week before the Mayoral elections take place in New York City, and the two frontrunners Silwa and Adams on Tuesday, engaged in an hourlong debate where crime and trustworthiness were a focus of both their campaigns.

Both candidates laid out their plans for addressing rising violent crime in the city and how to chart a path out of the pandemic’s deadly wake. On the pandemic front, Adams supports a mandate from outgoing Mayor Bill de Blasio that city workers such as police officers and firefighters get vaccinated against COVID-19 or be placed on unpaid leave. But Adams said he would have had more discussions with the workers’ unions before announcing the policy. Sliwa decried the rule and repeatedly tried to compare Adams to the unpopular de Blasio.

Coming to the vaccine mandate, Sliwa greatly opposed them and Adams expressed openness to a remote school option and religious exemptions. Adams said he would have communicated better with the unions, which he thinks de Blasio did not do. Sliwa wondered why Adams didn’t talk to de Blasio, who Sliwa called Adams’s “friend and teammate,” and asked him to “stop this madness.”

In response, Adams said, You should display a level of discipline. They laid out rules here and you should try to show that. You’re acting like my son when he was four years old.”

After the usual name-calling and arguments, it all ended on a sober note with a discussion on cats and veganism.