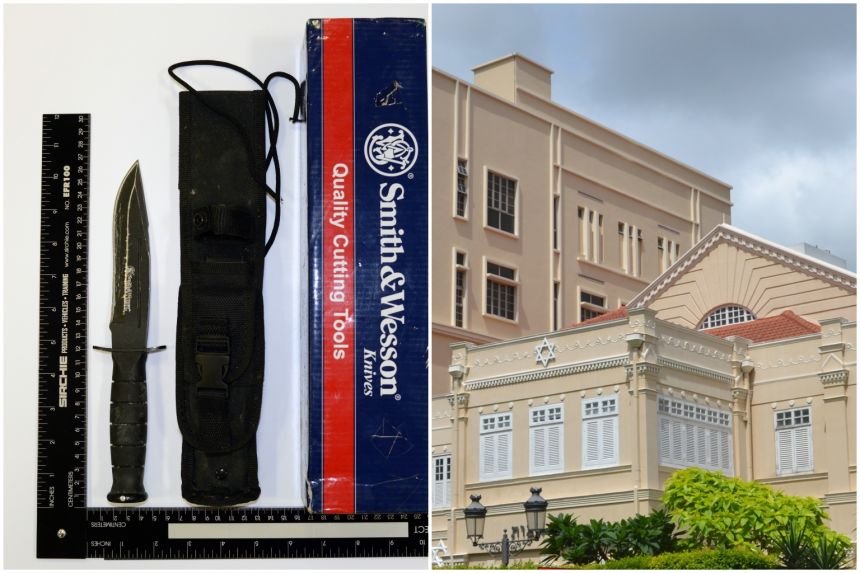 On Wednesday, Singaporean authorities announced that they had detained a 20-year-old serviceman for planning to carry out an attack on Jews outside a local synagogue. According to a press release by Singapore’s Ministry of Home Affairs, the man wanted to attack a local synagogue and then travel to the Gaza strip to join the Hamas army.

Detained under the Internal Security Act (ISA), the suspect, Amirull Ali targeted Maghain Aboth Synagogue and had planned to travel to the Gaza Strip to join the military wing of Hamas, the Izzedine al-Qassam Brigades, said Singapore’s Ministry of Home Affairs. Ali was arrested on Feb. 5 while still serving in the Singapore Armed Forces, according to local media reports. An ISA detention order was issued against him on March 5.

Ali’s plot was to stab Jews in front of the Maghain Aboth Synagogue, Ali apparently studied how to use a knife to cause massive bleeding. Reports say he even made two reconnaissance trips to the synagogue. Singapore’s Internal Security Department (ISD) said that Ali — who was “enraged by the Israel-Palestine conflict,” according to local news outlet the Straits Times — had targeted the men on the assumption that they had served in the Israeli army and therefore had carried out alleged atrocities against Palestinians. Ali is being detained under Singapore’s Internal Security Act (ISA).

Ali reportedly shelved his plans twice, as he was concerned he would not attain “martyrdom” should he be arrested and sentenced to death after the attack. Instead, he made plans to travel to Gaza to join the Hamas terrorist organization.

In response to the incident, on Wednesday, the Jewish Agency of Israel chairman Isaac Herzog noted on Twitter, that Jewish communities around the world must be vigilant. “Today, it was revealed that a serious terror attack on a synagogue in Singapore was averted a month ago. Last Friday, a terror attack on a school in Marseille was averted. I call on world leaders to understand that anti-Semitism is likely to increase as restrictions on travel are lifted and to instruct their law enforcement to be on higher alert. The Jewish Agency will continue operating to increase security for Jewish communities around the world through our Security Assistance Fund,” he said.

Around 300 Jews live in Singapore, many of them expatriates from the US, Australia, New Zealand, Morocco, Belgium, the UK, South Africa, and Israel.