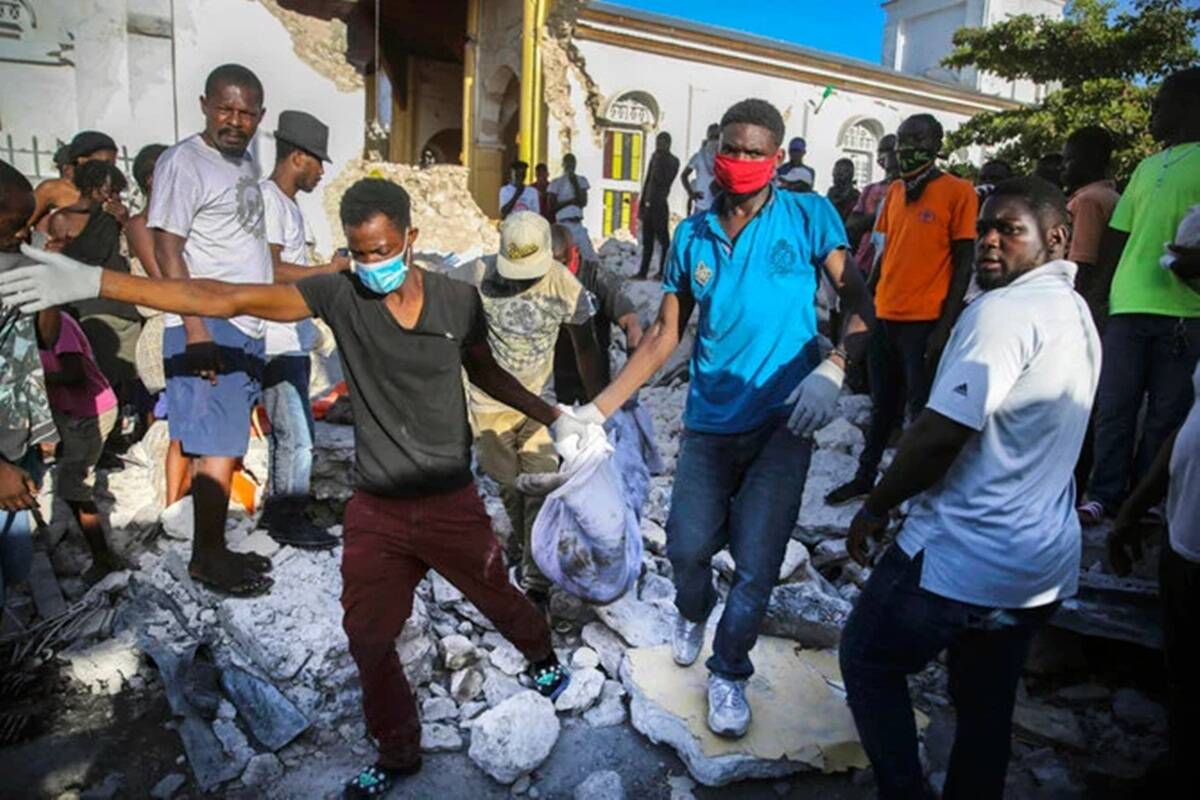 Situation Gets Worse In Haiti As Earthquake Claims 1,297 Lives

On Sunday, the death toll in Haiti, caused by a horrific earthquake a day before, rose to a whopping 1,297- with several people still unaccounted for.

The 7.2 magnitude earthquake and a subsequent Tsunami warning, left at least 5,700 people injured in the nation, with thousands more displaced from their destroyed or damaged homes, waiting in the sweltering heat. Hospitals in Haiti have been struggling with the pandemic and a lack of resources to deal with it, which has made medical assistance even more dismal.

What’s more is that the coming of Tropical Depression Grace, which is predicted to reach Haiti on Monday night, is set to make matters worse for the Caribbean nation and its already displaced citizens.

The epicenter of the Saturday earthquake was about 78 miles west of the capital of Port-au-Prince, and aftershocks continued to jolt the area Sunday.

Prime Minister Ariel Henry declared a one-month state of emergency for the whole country and said he was rushing aid to areas where towns were destroyed and hospitals overwhelmed. In response to the disaster, U.S. President Joe Biden authorized an immediate response and named USAID Administrator Samantha Power to oversee the U.S effort to help Haiti.