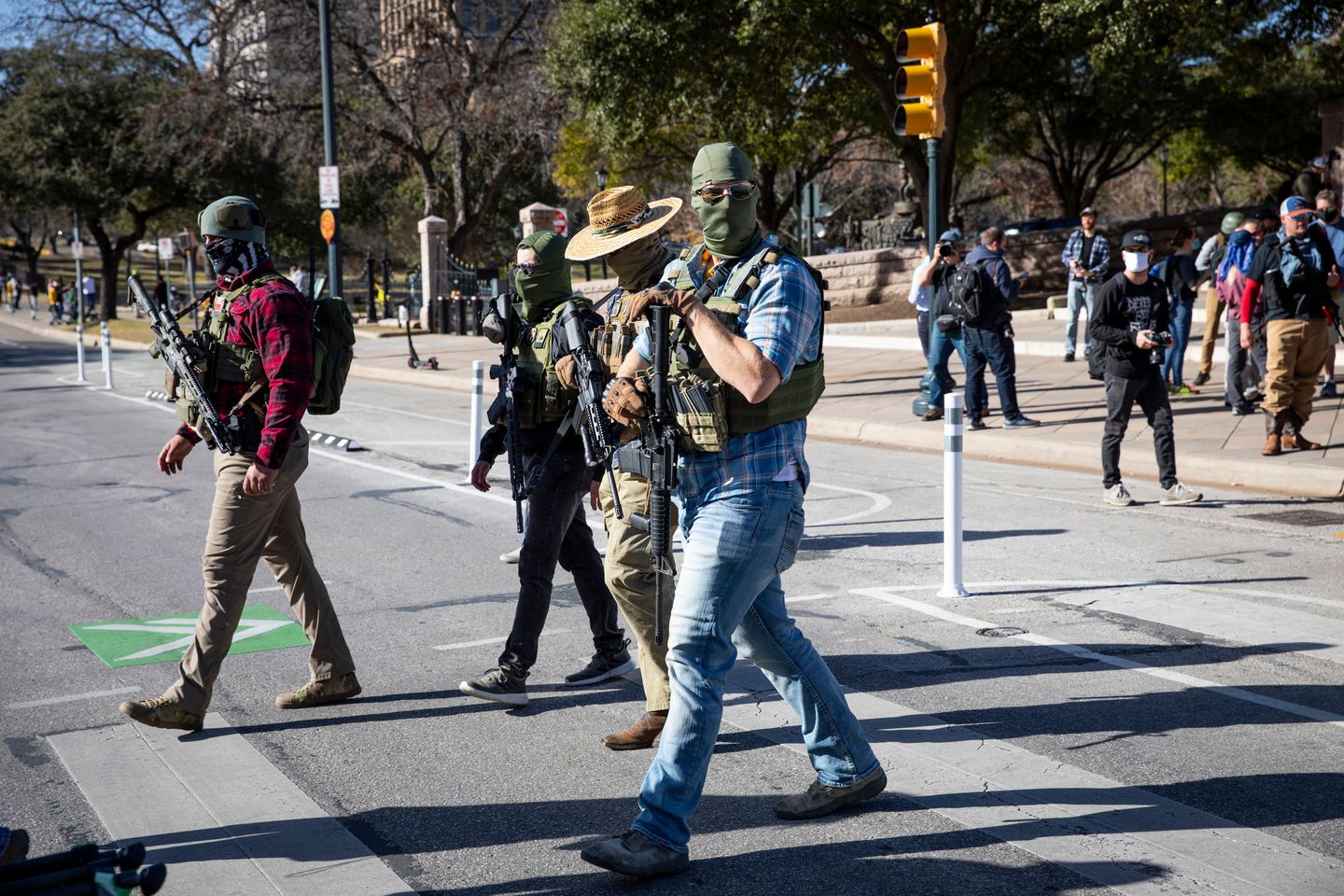 Small Entourage of Protesters Gather At Capitols on Sunday Night

On Sunday, several small groups of right-wing protesters gathered around the country’s state capitols, to lend support to President Donald Trump, who has maintained his stance on rigged elections.

Although some of Sunday’s protesters at Statehouses around the nation were reported to be carrying rifles, the sheer amount of National Guard deployed countrywide, prevented any untoward incident from happening. There were no reports of clashes throughout Sunday evening, although fears of another Capitol-like attack gripped the United States.

Crowds as small as only a dozen or two people demonstrated at some boarded-up, cordoned-off statehouses, while the streets in many other capital cities remained empty. Security was stepped up in recent days after the FBI warned of the potential for armed protests in Washington and at all 50 state capitol buildings ahead of President-elect Joe Biden’s inauguration on Wednesday. Some protesters said they were there to back President Donald Trump. Others said they had instead come to voice their support for gun rights or oppose government overreach.

Washington State Patrol spokesman Chris Loftis said he hoped the apparently peaceful day reflected some soul-searching among Americans. “I would love to say that it’s because we’ve all taken a sober look in the mirror and have decided that we are a more unified people than certain moments in time would indicate,” he said.

Meanwhile, Michigan protester Martin Szelag, a 67-year-old semi-retired window salesman from Dearborn Heights said, “I don’t trust the results of the election.” Szelag was donning a sign around his neck that read “We will support Joe Biden as our President if you can convince us he won legally. Show us the proof! Then the healing can begin.”

At Oregon’s Capitol, fewer than a dozen men wearing military-style outfits, black ski masks, and helmets stood nearby with semiautomatic weapons slung across their bodies. Some had upside-down American flags and signs reading such things as “Disarm the government.”

Apart from amping up security at statehouses, tall fences surrounded the U.S. Capitol, the National Mall was closed to the public, and the mayor of Washington asked people not to visit. Some 25,000 National Guard troops from around the country have also been deployed in the state, ahead of the inauguration which will be held on Wednesday.