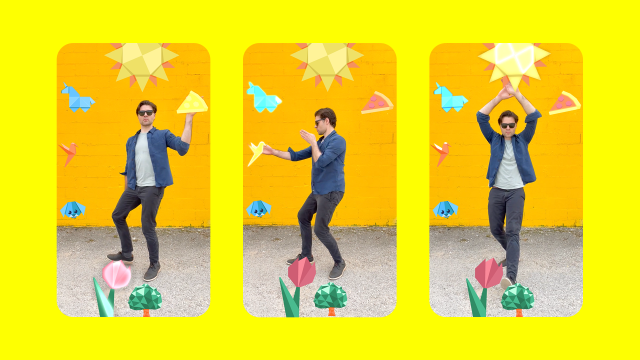 Revealed during a developer’s keynote this week, Snapchat’s all-new Augmented Reality spectacles can display 3D effects onto the real world, are wireless, and have hand tracking. These new glasses are currently aimed specifically at developers and creators who want to use these to explore AR creation on headsets.

With no price point and no availability to buy them in the market, Snap CEO Evan Spiegel unveiled the company’s first true augmented reality glasses. During the announcement, a demo showed virtual butterflies fluttering over colorful plants and landing in Spiegel’s extended hand. According to reports, these new Spectacles have dual waveguide displays capable of superimposing AR effects made with Snapchat’s software tools. The frame features four built-in microphones, two stereo speakers, and a built-in touchpad. Front-facing cameras help the glasses detect objects and surfaces you’re looking at so that graphics more naturally interact with the world around you.

On the flip side, the glasses only last for 30 minutes on a charge and have a limited 480×564-pixel resolution for each eye. The glasses have their own charging case. So, since these aren’t available for sale, the idea is to encourage a small portion of the 200,000 people who already make AR effects in Snapchat to experiment with creating experiences for the new Spectacles, according to Spiegel.