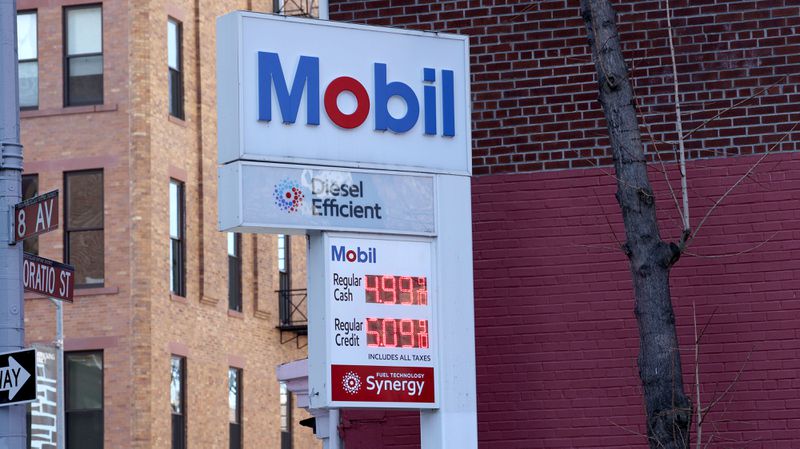 Soaring gasoline prices made New Yorkers feel like getting smacked

The soaring price of gasoline made many New Yorkers feel like getting smacked.

Sources said at the moment the average price for a gallon of regular gas hit $4.17 — an all-time high, breaking the previous record of $4.11 a gallon.

“I don’t know if it’s because of the new ban on Russian oil, but I see they came out here and slapped the paper over the prices instantly,” Scott added.

Hours earlier, President Biden announced that the U.S. will ban Russian energy imports as a form of punishment for the Kremlin and President Vladimir Putin for Russia’s invasion of Ukraine.

Based on Biden’s order. all Russian oil, coal, and natural gas are banned from entering the U.S.

“We will not subsidize Putin’s war,” Biden said.

“Defending freedom is going to have costs. Republicans and Democrats alike have been clear that we must do this,” Biden added.