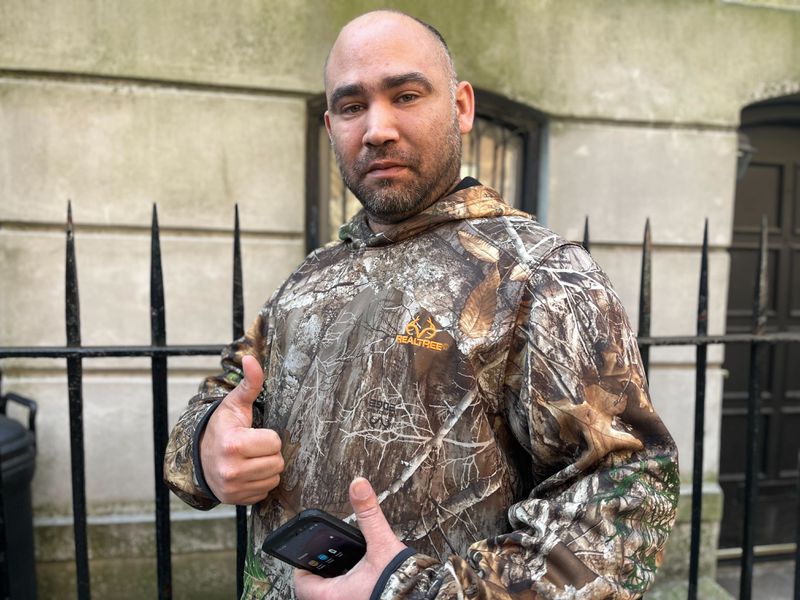 Some brave New Yorkers have answered the call of the Ukrainian government to help their country fight the Russian invaders.

One of these New Yorkers is Dennis Diaz, a former American soldier who fought in Iraq and Afghanistan.

“I’m a Marine combat veteran, and not only that, but as Americans we don’t accept people getting bullied,” Diaz, 39, an entrepreneur said.

“Somebody as big as Russia coming in to conquer Ukraine, that’s just wrong,” Diaz added.

To formalize his desire to join the fight against the Russians, Diaz went to the Ukrainian Consulate in Midtown.

Earlier, Ukrainian President Volodymyr Zelenskyy’s on Sunday called for the formation of an “international legion” to defend itself against Russian aggression.

Aside from Diaz, Christian Gonzalez, 35, is also heeding the call of Zelensky to help his country fight the Russians.

“They have a bully that’s bullying people around him,” Gonzalez said of Russian President Vladimir Putin.