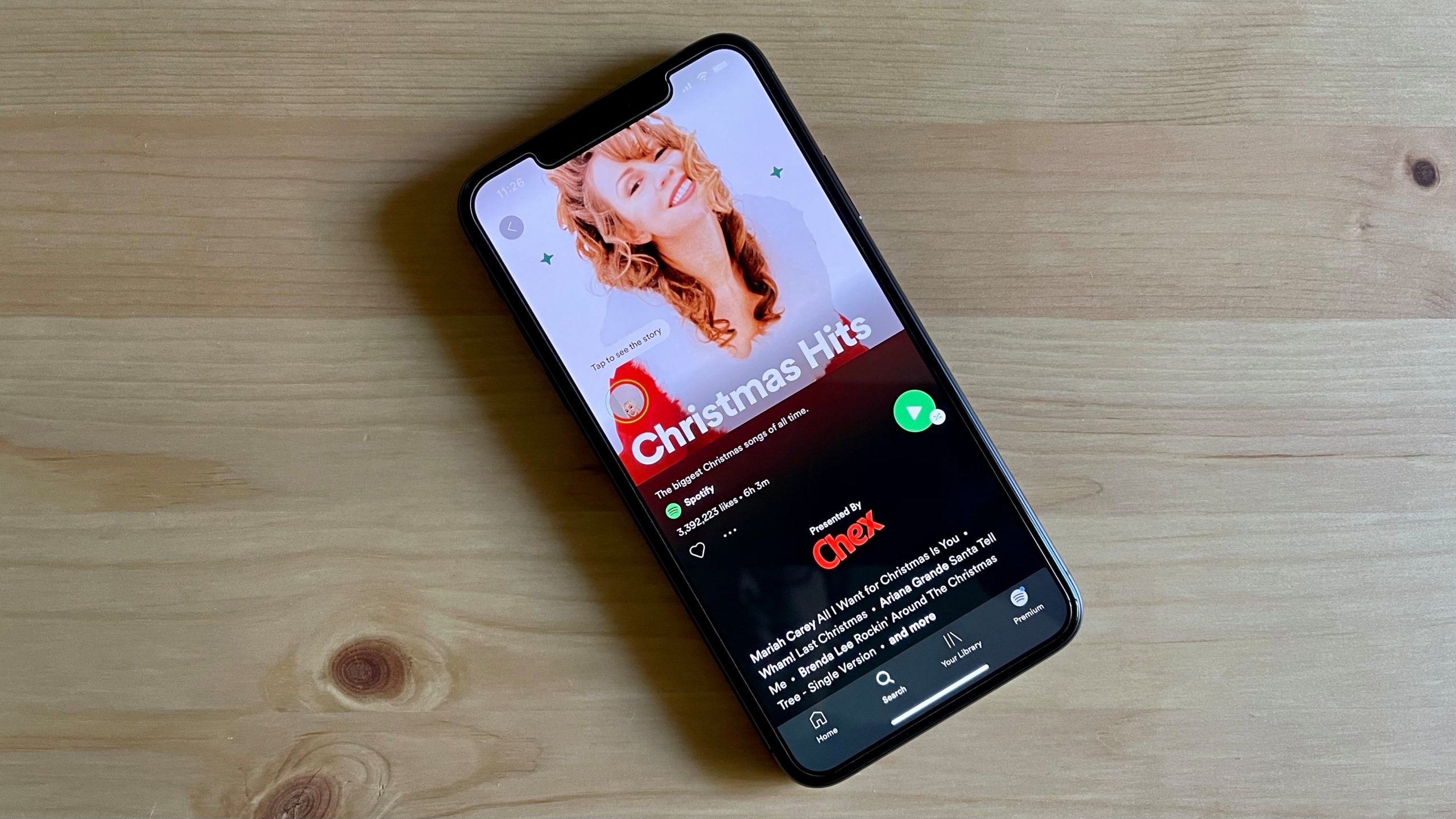 First reported by Engadget, and also spotted by quite a few users, Spotify is now testing a new Instagram-style Stories feature alongside some of its playlists, ahead of the festive season. Currently showcased on a few top artists in its Christmas Hits Playlist, the app features short video clips that share the Behind-The-Scenes and anecdotes surrounding the songs.
Spotted first on the Spotify Christmas Hits playlist, a series of artists including Jennifer Lopez, Kelly Clarkson, and Pentatonix have shared a series of short video clips to share personal anecdotes about the festive period and their songwriting processes, in what seems to be a testing of a new in-app feature by the music provider. According to the Engadget report, similar stories have been spotted on the Teardrop emo-rap playlist, and a version of Megan Thee Stallion’s album Good News.

Confirming the new feature in a statement given directly to Engadget, Spotify claimed that the recently-visible feature was a test and stopped short of confirming a wider release. “At Spotify, we routinely conduct a number of tests in an effort to improve our user experience,” a spokesperson said. “Some of those tests end up paving the path for our broader user experience and others serve only as an important learning. We have no further news to share on future plans at this time”, the company stated.
As of now, the short snippets can be accessed from an icon on the top left of each supported playlist. Tapping it reveals an interface that’ll be familiar to anyone who’s ever watched an Instagram or Snapchat story, allowing you to tap on the left or right of the screen to skip through a collection of short video clips.

With a barrage of social media apps already jumping on the story-bandwagon, it doesn’t seem unlikely that Spotify would go ahead with this new feature in the near future. As of now, all popular social networking apps including Whatsapp, Snapchat, Instagram, Facebook, LinkedIn, YouTube, and Twitter have already incorporated stories as prime in-app features.