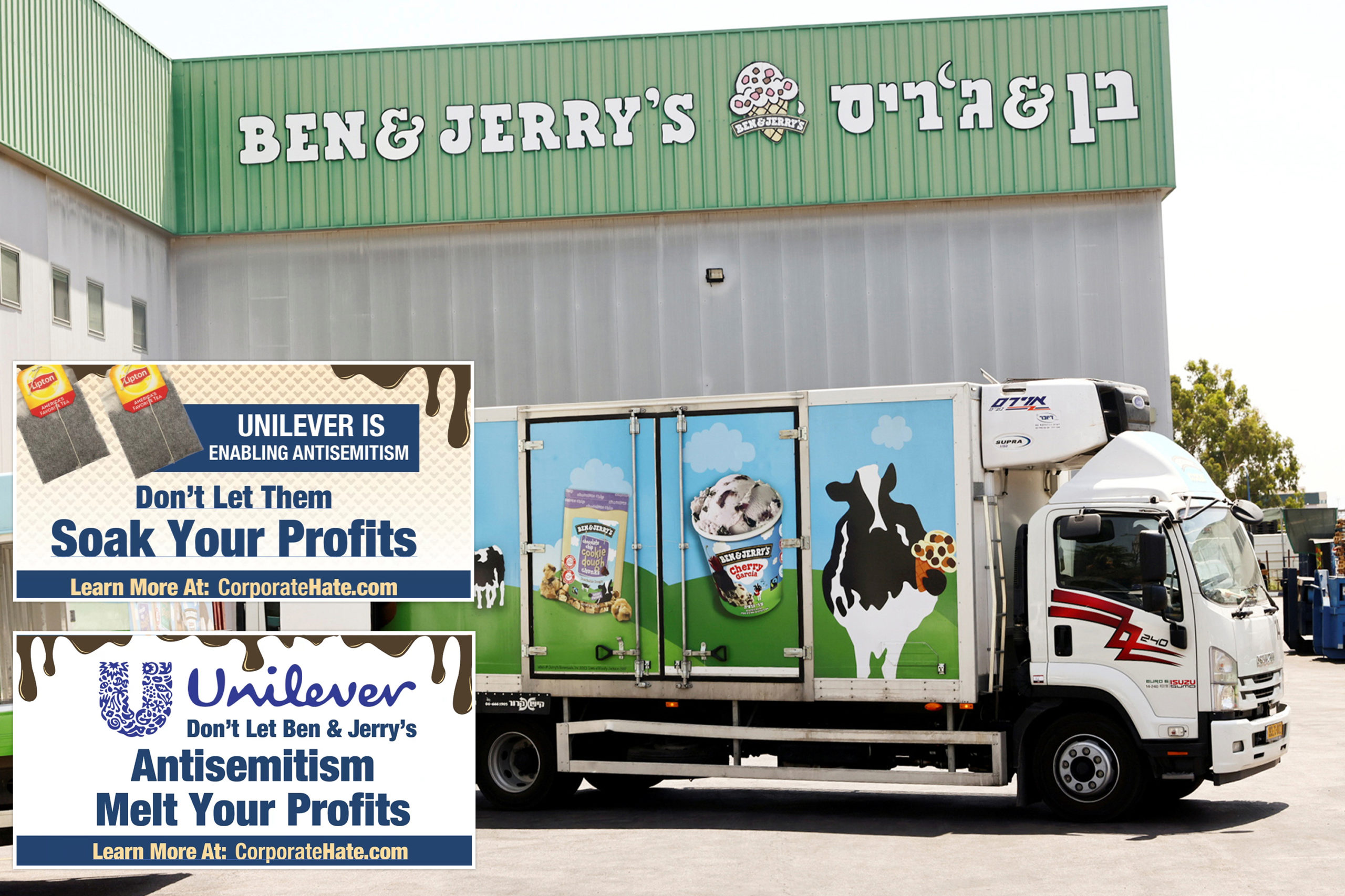 Pro-Israel organization StandWithUS has spent a whopping $500,000 on an ad campaign that aims to condemn Ben & Jerry’s parent company over the ice-cream maker’s refusal to sell its products in “Occupied Palestinian territories”.

With hoardings placed across New Jersey, StandWithUS is looking to make a strong statement, saying “Unilever’s actions empower extremists who oppose Israel’s existence, and despite multiple requests to reverse course, the company has refused to do so.” The pro-Israel advocacy group said in a press release that the campaign against Unilever will put other firms on notice that they will be targeted if they partake in such “corporate antisemitism.”

Talking about the campaign, Roz Rothstein, CEO of StandWithUs said, “Corporations hold immense power to shape public opinion and cultural norms, and it is crucial to hold them accountable when they promote or enable antisemitism. This campaign against corporate antisemitism will begin with Unilever and ensure their consumer brands across industries bear a reputational and financial cost for its discriminatory actions.”

Apart from the billboards, the campaign against Unilever is also to include direct mail and digital advertising.