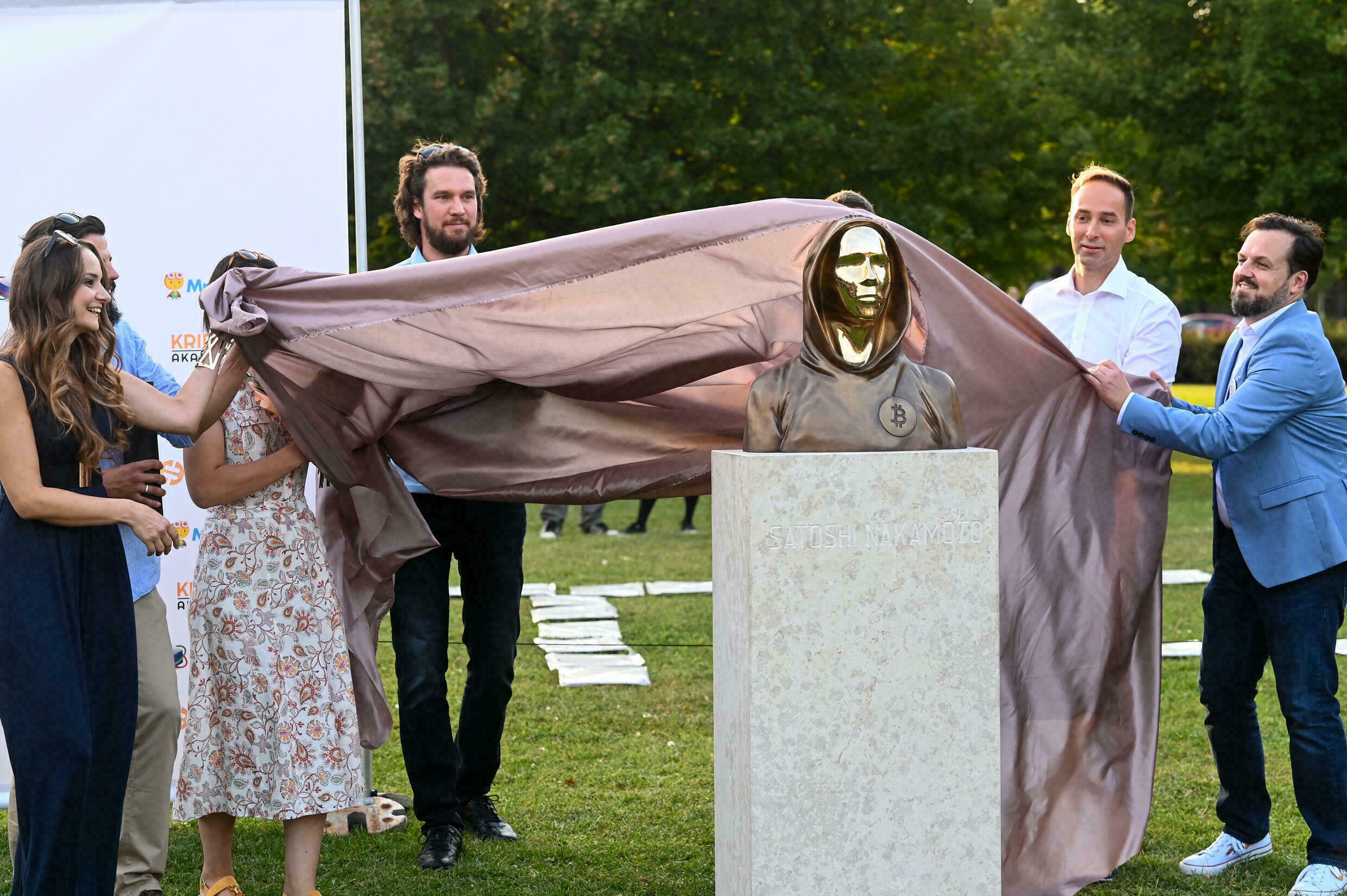 Standing next to Apple’s Steve Jobs, the statue commemorating Bitcoin inventor Satoshi Nakamoto was unveiled this week at a Hungarian business park in Budapest.

The bronze bust revealed this week is of a hooded figure, in an allusion to the fact that the true identity of Nakamoto -a pseudonym- is unknown. The sculpture, erected in a business park alongside a statue of Apple founder Steve Jobs and an installation by Hungarian inventor Erno Rubik, was the brainchild of entrepreneur and bitcoin journalist, Andras Gyorfi.

The statue has been financed by four Hungarian cryptocurrency organizations. What’s special about the sculpture is that the face has been turned into a sort of reflective mirror- denoting the anonymity of Satoshi.

Sculptor Tamas Gilly who worked on the bust alongside Reka Gergely, told the AFP, “The basic concept of bitcoin is that it belongs to everyone, the people of the internet, that we are all Satoshi. So anyone can recognize themselves when looking at the face.”

With Bitcoin gaining immense popularity today, Gyorfi told AFP before the unveiling, “Back in March, I was researching the connection between digital art and blockchain. And I thought: ‘why shouldn’t Satoshi have a statue in Budapest?'”