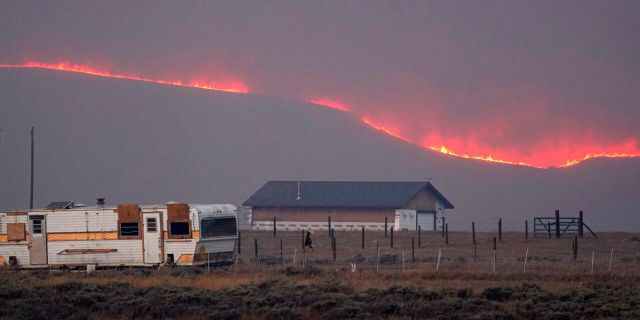 Storms, Fires, Hurricanes In Store This Week As America Braces For Turbulent Weather

The US is yet again to see uncertainties in the weather this week, possibly rendering more damage to the already raging wildfires and hurricanes that have wreaked havoc nationwide. It is being reported that a tropical storm is heading toward the Gulf Coast by mid-week and an early-season winter storm expected to bring snow and ice from the Rockies into the Plains.

It might be a rocky road ahead this week for major parts of the country in what is speculated to be a double whammy of storms and fires. Battling the historic wildfires that prompted power cuts on Sunday, high winds are now expected to reach 40 to 60 mph in California, with higher gusts in the mountains, further acting as a cause for concern. Although the snowfall has helped slow the historic Cameron Peak and East Troublesome fires in Colorado, the forecast for this week doesn’t appear comforting enough.

The winter weather comes after extreme winds and low humidity on Saturday, as a response to which the National Weather Service issued winter storm warnings, watches, and advisories from the central and south Rocky Mountains into the Plains and even down toward West Texas and Oklahoma.

Given the sobriquet of ‘Winter Storm Billy’, the snowstorm is expected to sweep as far south and east as northern New Mexico, the Texas Panhandle, northwest Oklahoma, Kansas, and northern Missouri into Monday, according to The Weather Channel. Taking roots from Washington State, northern Idaho, and Montana on Friday, the heaviest snowfall total from the storm so far is 25 inches just southwest of Helena, Montana.

Meteorologists have also warned that numerous daily cold temperature records are likely to be set in these areas through Tuesday.

If the snow and fire extremities weren’t enough, Tropical Storm Zeta is seen to be gathering strength in the Gulf of Mexico and may reach Category 1 status today, before coming ashore somewhere between Florida’s western panhandle and Louisiana by mid-week, according to the National Weather Service. Zeta will be the 27th storm of the 2020 Atlantic hurricane season, which sets a new record for the most in one season.