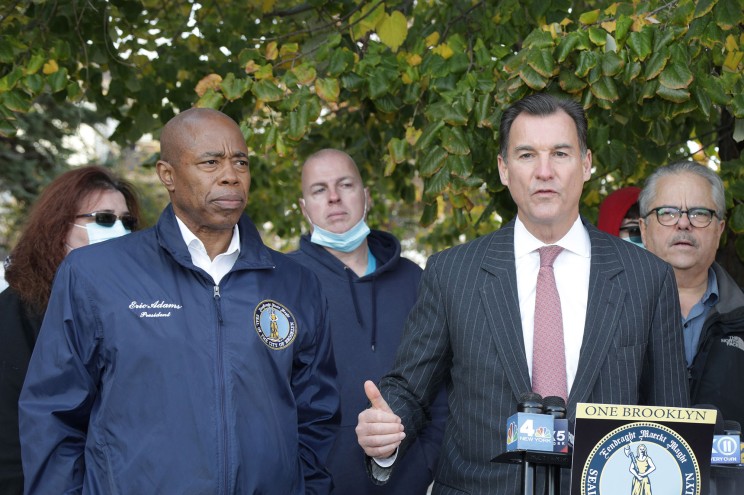 Suozzi said Hochul will be a failure if she will not take action in the 2022 legislative session to give judges more discretion over releasing criminal defendants pending trial.

“If we don’t address this problem, it’s a failure. Yes. Crime is a real problem in our state,” Suozzi said.

“It’s a shock to me that the governor hasn’t made this a priority at all,” Suozzi added.

To strengthen his call, Suozzi cited statistics published by the Times Union that showed that about 3,400 criminal defendants out of 98,000 sprung under the cashless bail law for most misdemeanor crimes from July 2020 to June 2021 — or nearly 4 percent — were re-arrested for committing violent crimes.

“We’re trying to reform the system, and we’re trying to make a better system. And I’m saying that we need to give judges discretion in the cases where someone has a history of violent crime,” he said.

“We need to take into account if somebody’s record has shown that person having a propensity for violence, and they’ve been arrested again, that we can’t let them out onto the streets again so readily,” he added.

According to reports, the bail reform that took effect two years ago eliminated cash bail for a most misdemeanor or “non violent” crimes.

It was learned that proponents pushed for the law after complaining that too many poor and mostly minority defendants were detained for petty or low-level crimes because they couldn’t afford the cash bail for release.