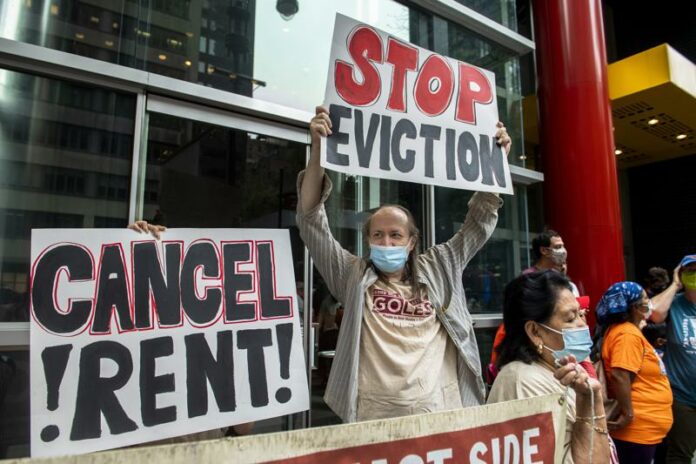 Supreme Court Allows Eviction To Some Houses In NY

A Supreme Court ruling on Thursday allows evictions to some houses in New York.

The high court blocked part of New York’s moratorium on evictions, put into effect because of the coronavirus pandemic.

With over three dissenting votes, the court said New York could no longer enforce a provision that allows renters to stave off eviction by submitting a hardship declaration form that tells the state they lost income or had more expenses during the pandemic or that moving would harm their health.

This ruling allows some evictions to resume.

“This scheme violates the Court’s longstanding teaching that ordinarily ‘no man can be a judge in his case,’” the court wrote in a brief, unsigned opinion.

Despite this ruling, some renters are still safe from evictions since the measure that protects them if they can prove to a court they’ve suffered because of the pandemic remains in effect.

It was learned that due to the pandemic, the lower federal courts had rejected the plea by New York landlords to allow evictions to resume and the state had urged the justices to follow suit.