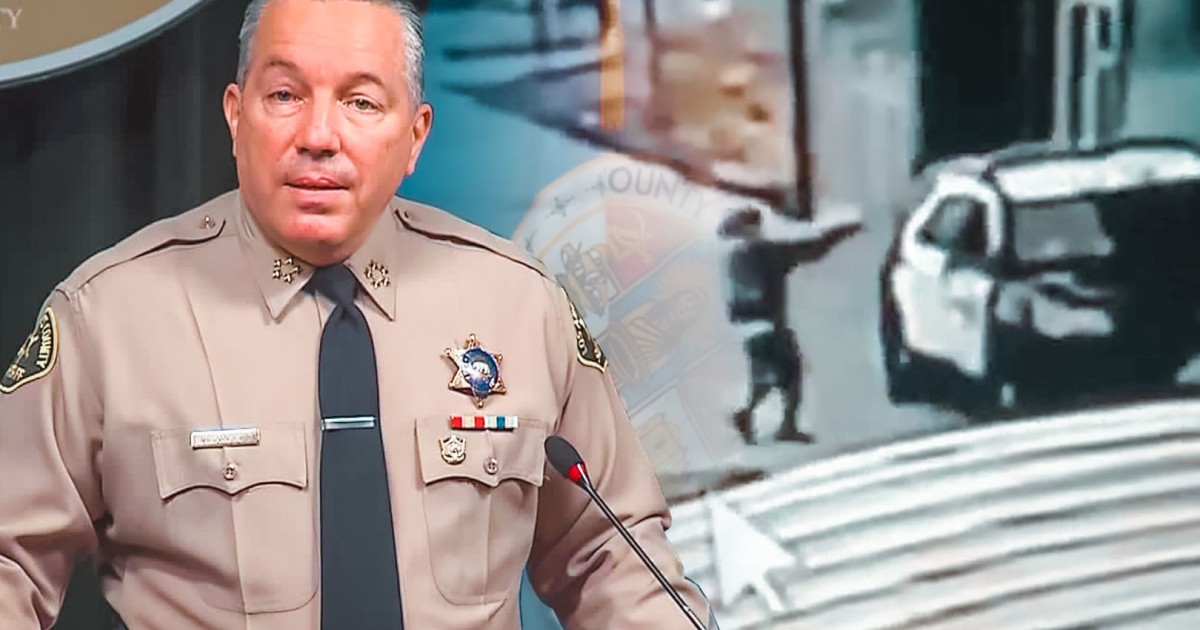 After days of trying to trace the hooded figure that shot 2 LA Sheriff Deputies on September 12th, the suspect, a convicted felon named Deonte Murray has been charged with two counts each of attempted murder of a peace officer and possession of a firearm.

Deonte Lee Murray, 36, pleaded not guilty for the near-fatal ambush at Compton just hours after a protest in the nearby areas. As reported by CBS, Murray was previously charged September 17th with one felony count each of carjacking, second-degree robbery, and assault with a semi-automatic firearm involving a September 1st carjacking in Compton, in which he allegedly shot a man in the leg with a high-powered rifle and stole his black Mercedes-Benz. He pleaded not guilty to those charges and has remained behind bars since his Sept. 15 arrest.

Murray’s bail was increased from just over $1 million to $6.15 million as a result of the new charges and is due back in court November 17th. Video footage of the LA  deputy ambush showed a tall, dark-clothed figure approaching the law enforcement man, followed by a round of gunfire that left two officers severely injured.

Detailing the account of the arrest, Sheriff Alex Villanueva and L.A. County District Attorney Jackie Lacey addressed the press at LASD headquarters in downtown L.A. on Wednesday. As narrated by Lacey, Murray was arrested on Sept. 15, three days after the deputies were shot, but in connection with an unrelated carjacking and shooting which had occurred in Compton on Sept. 1. Forensic evidence later linked him to the shooting of the two deputies.

After being arrested on September 15th, following an intense 10-hour standoff and car chase in which Murray threw a ghost gun out of the stolen car he was driving, forensic teams found that the ballistic and forensic evidence from the scene of the deputy ambush linked it to the ghost gun which Murray had thrown from the car during the chase.

Murray has an extensive criminal history that includes convictions for sales of narcotics, firearm possession by a felon, burglary, and terrorist threats. He faces a maximum sentence of life in prison if convicted as charged. Along with the charges on the ambush, Murray has also been charged with one count of attempted murder in connection with the Sept. 1 carjacking, along with second-degree robbery and assault with a semiautomatic firearm. He also faces allegations of association with a criminal street gang, discharging a rifle inflicting great bodily injury, and personal use of a rifle.