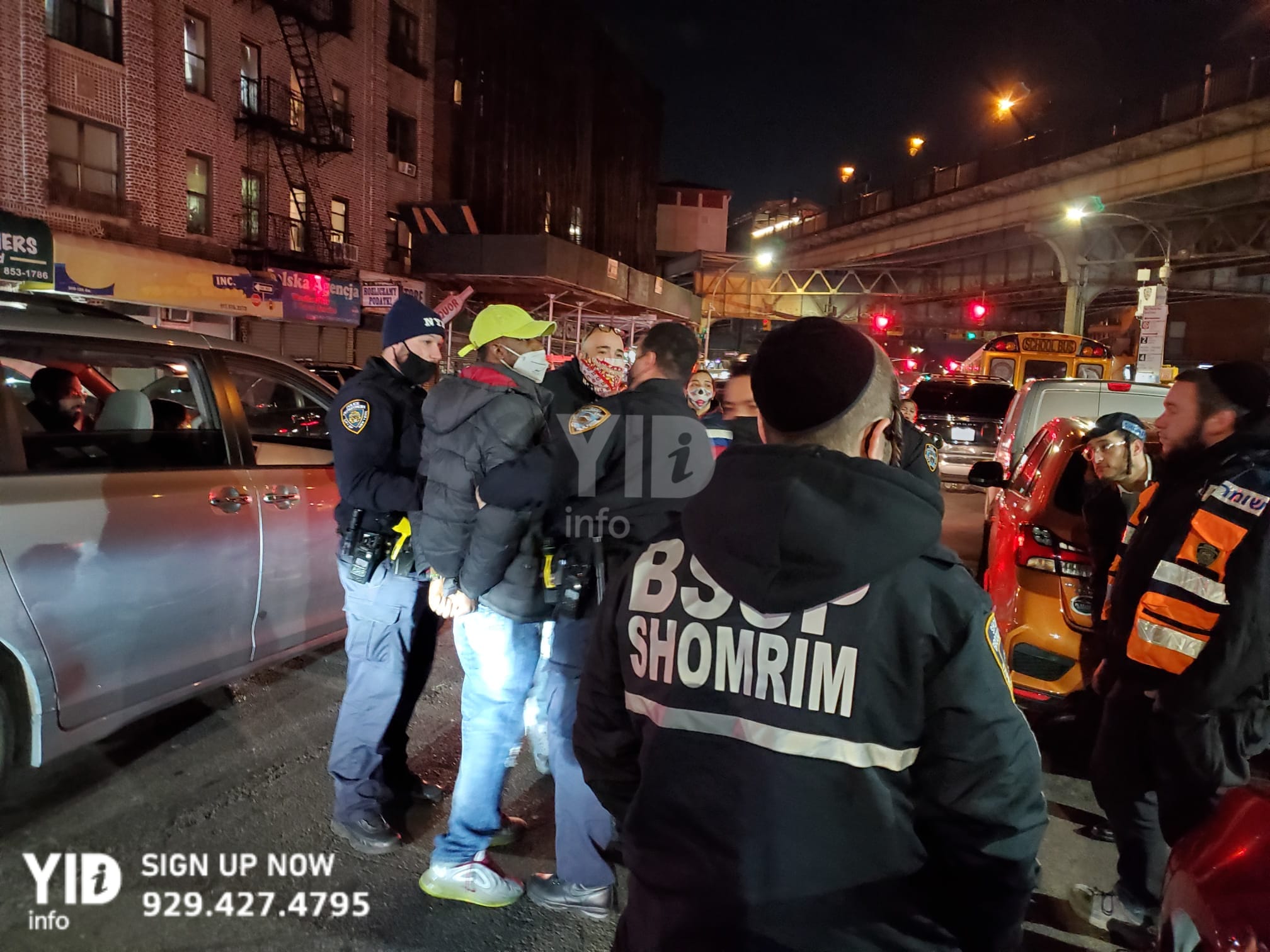 A suspect was taken into police custody after assaulting a Hatzolah volunteer Monday evening in Boro Park.

At approximately 6:30 pm, a Hatzolah volunteer pulling into a parking spot on 12th Avenue near 50th Street came under attack from a another driver claiming that he took away his spot.

The suspect then exited his vehicle and proceeded to punch the Hatzolah volunteer for allegedly taking away his parking spot, but the suspect didn’t make it too far away

The Volunteer immediately radioed in for help requesting the dispatcher call 911 for him while also notifying the Boro Park Shomrim. Thanks to the quick responding Boro Park Shomrim volunteers, the suspect was arrested by the NYPD’s 66th Precinct.

The Hatzolah volunteer did not sustain any serious injuries and did not require hospitalization.