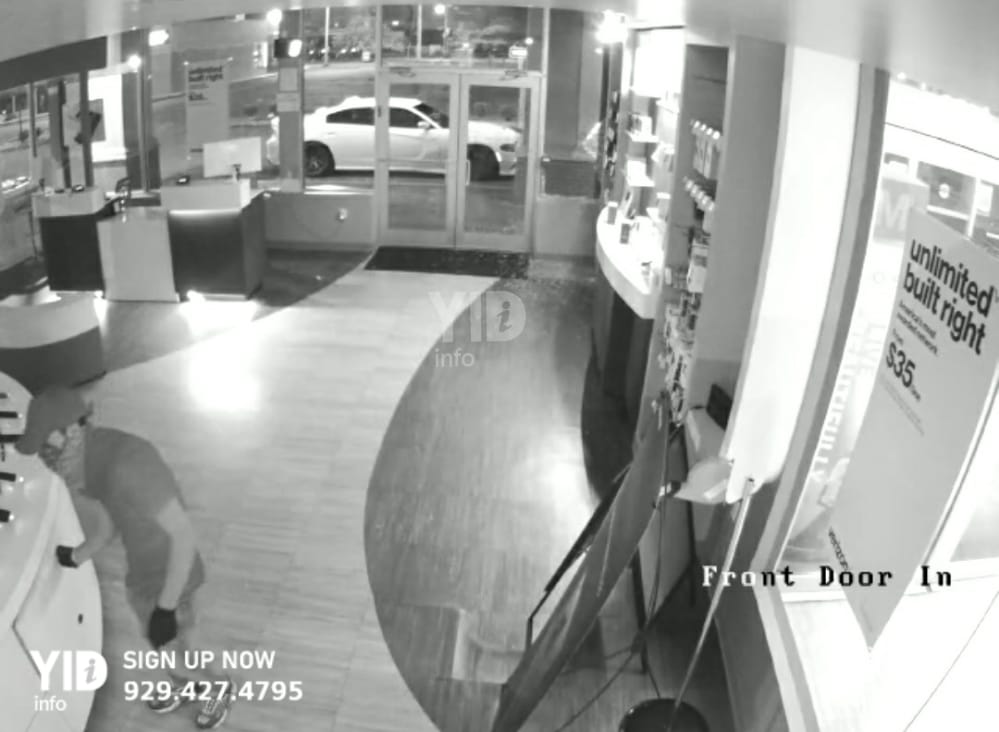 Friday night, a suspect driving a Dodge Charger went on a shopping spree after breaking into multiple cell phone stores in Rockland County.

His first stop was at the Ping Verizon store located in the Town Square Mall on the Rt. 59 in Monsey. The suspect attempted to shatter the main entrance to the store with a highly sophisticated device designed to easily cut the glass windows and doors. After realizing that he was unsuccessful, he continued on to a corner window on the storefront where he was successful in gaining entry into the store.

The suspect immediately ran to the drawers and grabbed two boxes of items which later turned out to be shopping bags and fled the scene. The same suspect continued and targeted another 3 cellphone stores in the area within one hour.

A license plate reader at the corner of Town Square shopping center shows the same vehicle with different plates at the next location where the suspect robbed a cellphone store, causing the Police to believe that the suspect changed his license plates between the 4 incidents.

No arrests were made at this time, police and Chaverim of Rockland continue to search for the suspect.