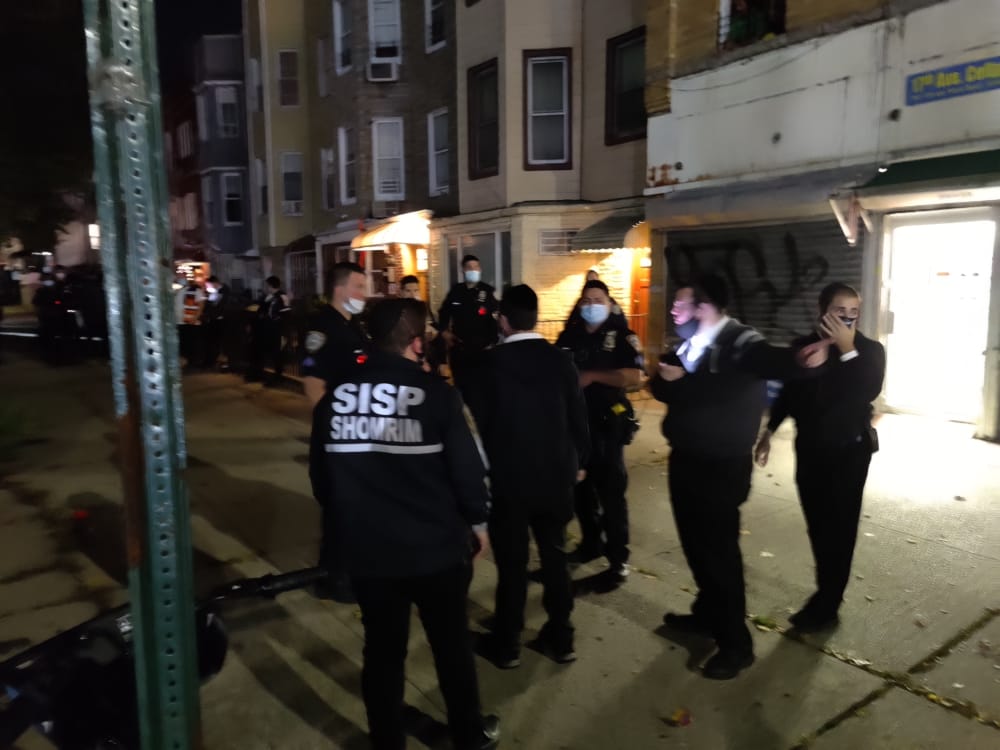 The incident unfolded Thursday evening At 7:15 PM, when a male entered the pharmacy at 51st Street and New Utrecht Avenue in Boro Park and filled a backpack with expensive merchandise.

An alert shopper witnessed the act and immediately dialed the Shomrim hotline.

Shomrim arrived at the scene and kept a quiet eye on the perpetrator following all the way to 80 Street while alerting the NYPD.

The suspect then changed his clothing in the hope of not getting caught, just when the 62 precinct officers of the NYPD arrived to stop the suspect.

The perpetrator started fleeing after being stopped by the Police, and a foot pursuit went into action while throwing some of the stolen items into the street.

The officers along with the volunteers managed to catch the suspect once again, while on the run the perpetrator emptied his pockets of most of the stolen goods.

The NYPD chose not to arrest the suspect with the owner of the goods present at the scene.

All goods were recovered.